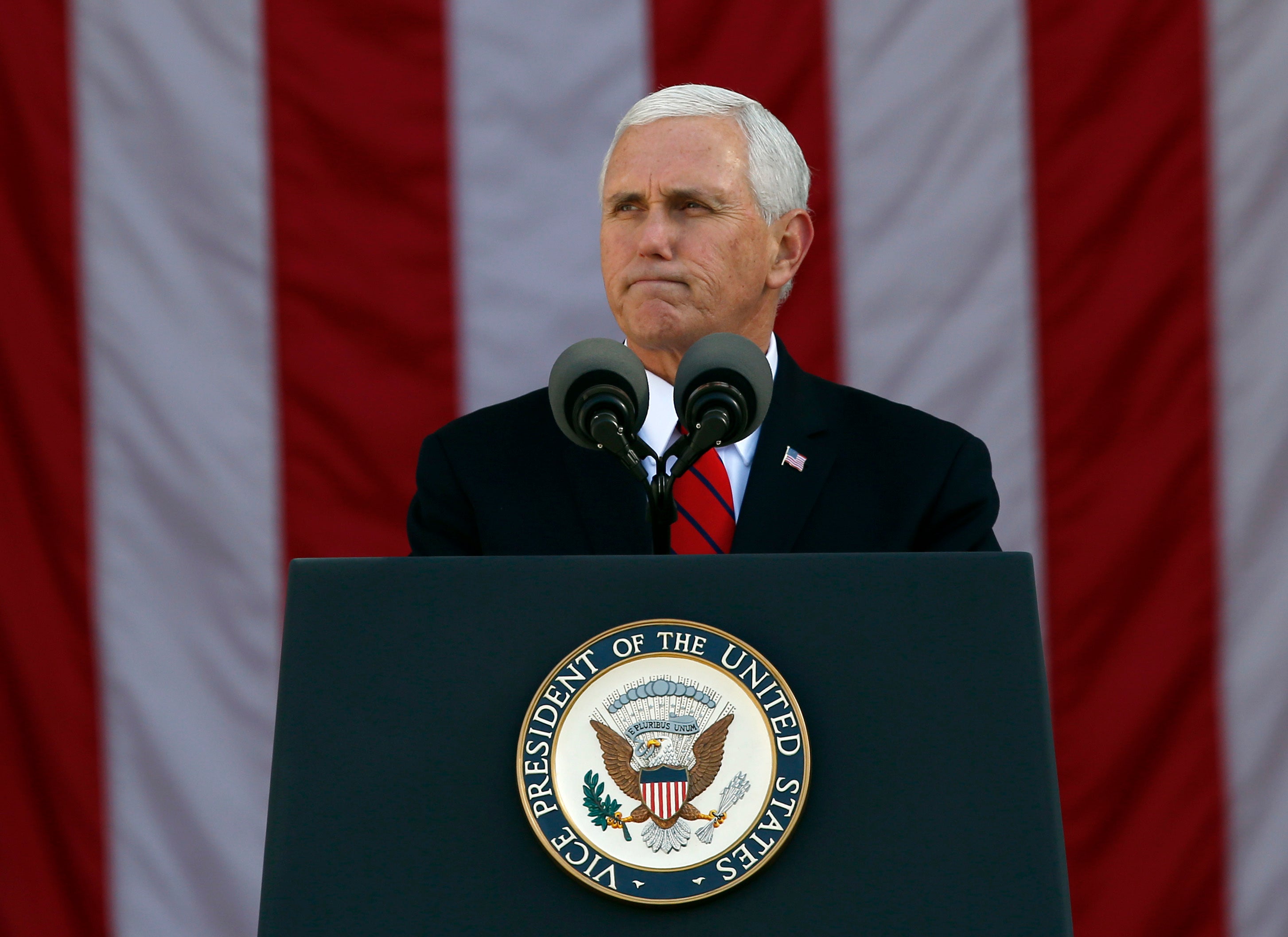 Vice President Pence addressed the crowd of graduates and proud family members as the keynote speaker for the ceremony.

Pence, an Indiana native, touched on the future and even delivered a message to the recent graduates from President Donald Trump.

You can watch the entire commencement address in the video above.

Taylor University commencement brings a crowd to Upland, Indiana every year, but this year people there are expecting a packed weekend as Vice President Mike Pence will be Taylor’s commencement speaker.

The United States Vice President’s visit to the Indiana town of less than 4,000 people, has some businesses unsure of what to expect.

“Yeah, we have no idea,” said Mark Souers, the general manager of Upland’s famous restaurant Ivanhoes. “There’ll be a lot more people at the commencement so are they going to want to get lunch here at Ivanhoe’s before they leave town? You just never know.”

Ivanhoes would appear to be prepared for a Mike Pence visit.

“When he was governor, he stopped by Ivanhoes,” Souers said. “So, that’s always in the back of your mind that you hope that he’ll stop by, but I’ve been told by local law enforcement that with the Secret Service, it’d be very unlikely if he did.”

While some people are excited for the Vice President to visit, not everyone is excited to hear his speech. Some graduating seniors at Taylor said they would not watch Pence speak at graduation.

Taylor University said it is prepared for that.

“We’ve made a way for those who wish to depart and not hear the speech to do that and to do that gracefully and without interruption to the rest of the proceedings,” said Jim Garringer, Taylor University’s director of media relations. “At the same time, we do recognize that this is a reality of the days that we live in, but we believe that the ones who stay are going to be treated to an outstanding talk.”

One perspective graduate said the message is more about supporting each other than a protest.

Commencement begins at 10:00 Saturday morning. WANE 15 will have a crew there for a live report on First News Saturday.