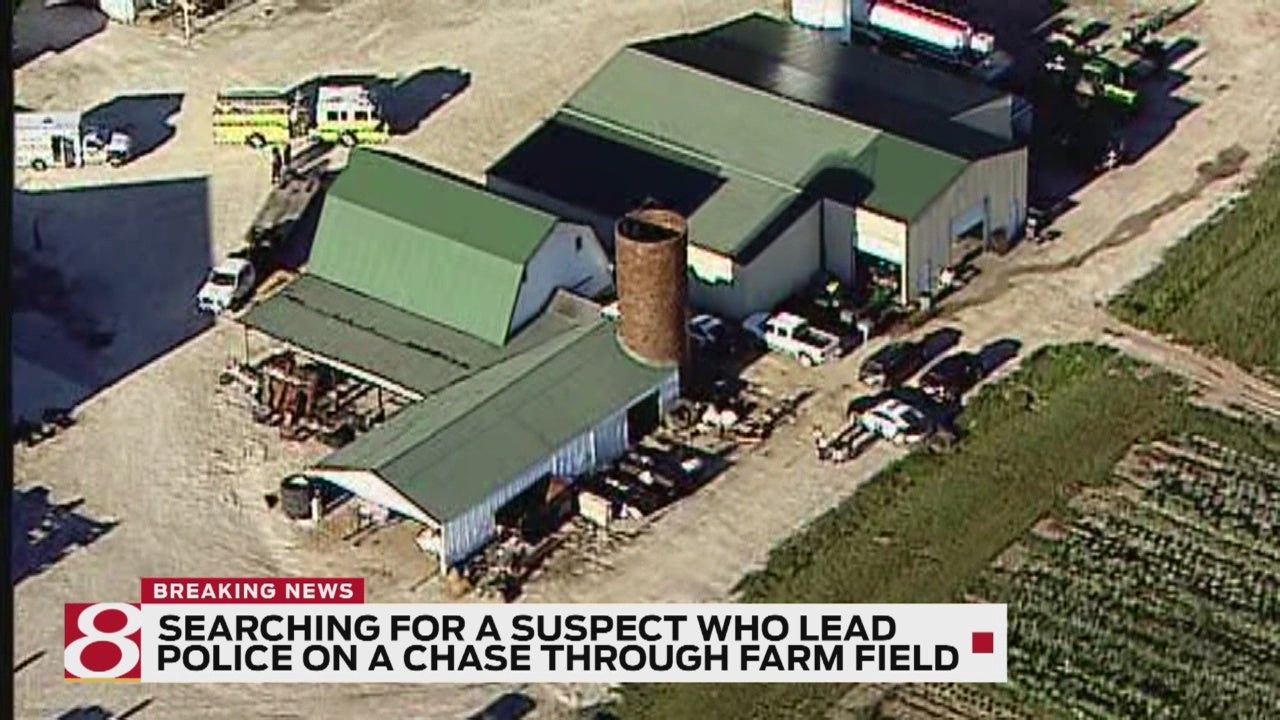 GREENWOOD, Ind. (WISH) – Police are looking for a suspect following a police chase involving a stolen vehicle. During the chase, a woman and children were inside the suspect vehicle.

According to Johnson County police dispatchers, the chase ended at 110 Bluffdale Drive in Greenwood, which is the location of Indy Family Farms.

Police say the chase started on Fry Road, just west of State Road 37 after the woman inside the truck called 911 to notify police.  According to police, the suspect, Bradley Criswell, is wanted for a hit-and-run crash that happened on Monday.

Criswell fled on foot after the chase ended at Indy Family Farms. The owner of the farm, Rob Richards, told 24-Hour News 8 that the suspect drove through the fields before striking a truck.

Indiana State Police responded to the scene with K-9 units to locate Criswell. Chopper 8 was also assisting in finding the suspect.

It was not clear how many children were in the vehicle during the chase. Police say the woman and children were being checked out by medics, but they were expected to be OK.

Police were still looking for Criswell in the area as of 12:30 p.m. They believe he may have run to the river bottom in the area. Police say Criswell is described as a white male, weighing around 250 pounds and was balding.