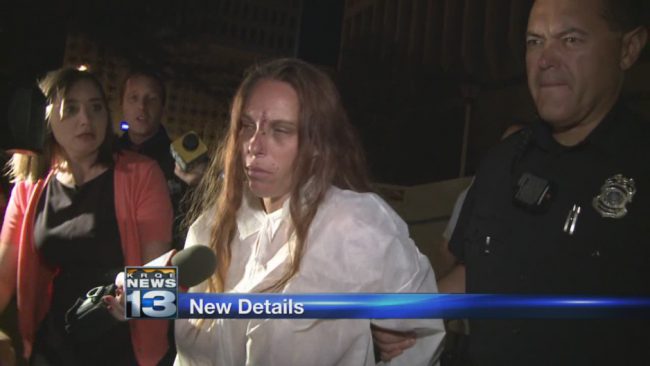 ALBUQUERQUE, N.M. (AP) – The mother of a 10-year-old New Mexico girl found dead and dismembered told police she sought men online and at work to sexually assault her daughter, according to warrants obtained by the Albuquerque Journal.

Michelle Martens told police that she had set up encounters with at least three men to sexually assault her daughter, the Albuquerque Journal reported. The child’s death sparked vigils and outcry across the state.

Martens, 35, told investigators that one of the men was a co-worker. Two others she met online, including Fabian Gonzales, 31. He was to be the last.

Martens, Gonzales, and Jessica Kelley – a cousin of Gonzales – all face charges in connection with Victoria Martens’ death.

Mark Earnest, Martens’ attorney, did not immediately return a phone message from The Associated Press.

Police found Victoria Martens’ dismembered body last month inside the apartment she shared with her mother.

According to the warrants, Martens told investigators she didn’t do it for the money. Martens said she set up the sexual assaults because she enjoyed watching,

Martens’ statement to police is included in nearly a dozen search warrants obtained by the Journal. Investigators sought DNA evidence from the suspects, as well as multiple electronic devices and a camcorder they believed may have been used for sexual exploitation of children.

Mark Earnest, Martens’ attorney, did not immediately return a phone message from The Associated Press.

Martens told police she used the dating website Plenty of Fish to look for men to have sex with Victoria.

It’s unclear how long she’d been arranging meetings before Victoria was killed or if police have identified any of those men.