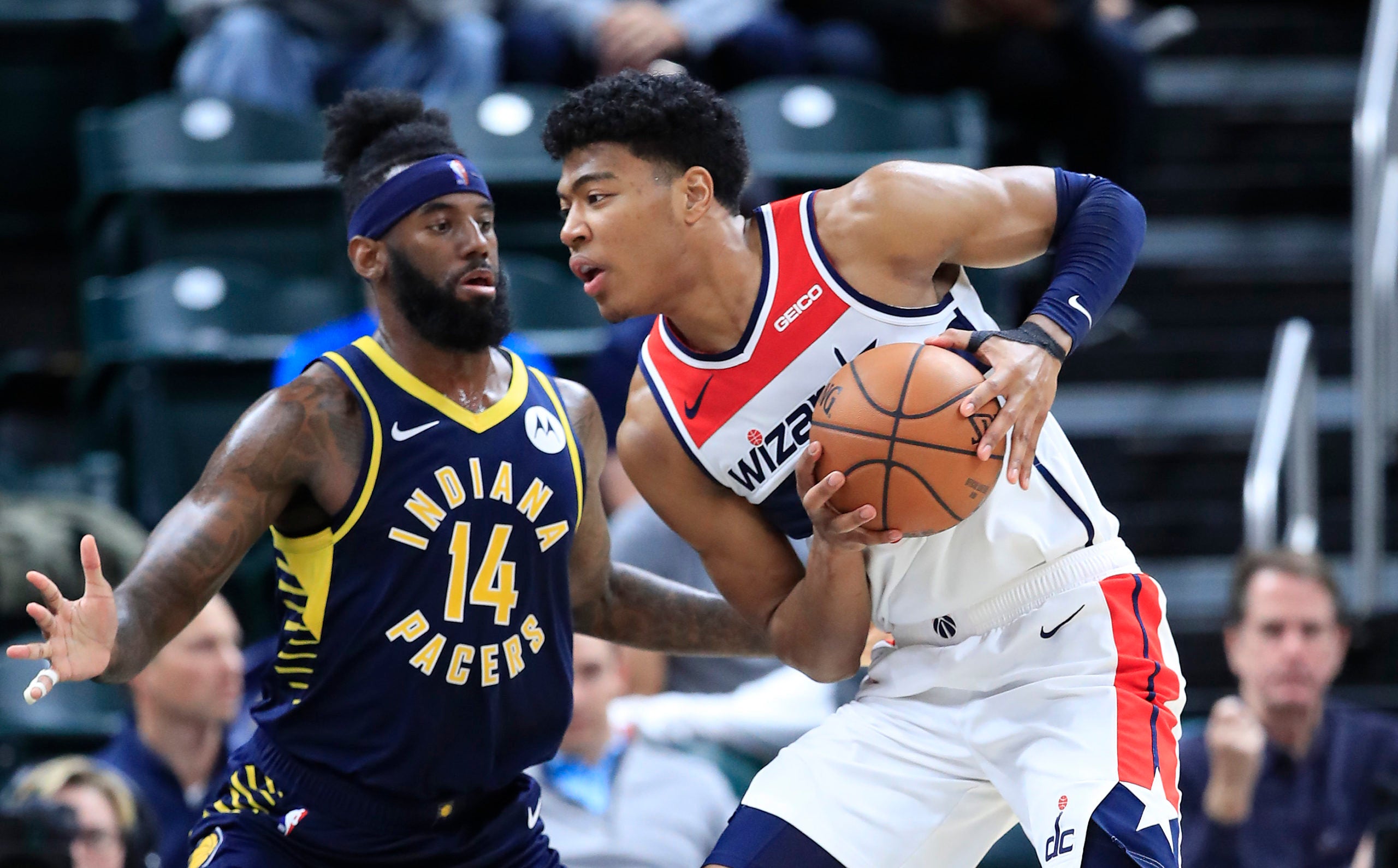 INDIANAPOLIS (AP) — Nate McMillan wanted to see adjustments and quick, and the Indiana Pacers head coach saw what he looking for in a 121-106 victory over the Washington Wizards on Wednesday night.

“We showed them tape (from Tuesday night’s loss) of our shot selection, shooting the floaters, not taking the extra dribble, getting to the rim and drawing contact,” he said. “Tonight I think we did a much better job of not settling for floaters and the ball movement was great.”

T.J. Warren scored 21 points to lead the Pacers (4-4), who were playing their third game in four nights. Doug McDermott came off the bench and scored 17 of his 19 points in the first half.

Aaron Holiday finished with 18 points. Domantas Sabonis, who missed the last two games with a left calf contusion, had 13 points and tied his career high with 17 rebounds before fouling out with 3:20 left to play.

Bradley Beal had 30 points, five rebounds and five assists to lead the Wizards (2-5), who have lost four of five games. Thomas Bryant had 20 points and 11 rebounds and C.J. Miles added 15 points.

JaKarr Sampson scored 14 points in a 22-2 run in the third quarter to help Indiana build a 23-point lead.

Sabonis’ two free throws with 5:22 remaining in the third put the Pacers ahead 92-67.

The Wizards closed out the third quarter scoring 11 straight points, capped off with Beal’s jumper just before the buzzer to make it 94-80.

“There was a point where we couldn’t get stops,” Beal said. “The whole second quarter and part of the third quarter hurt, too. We’ve got to defend better than what we did tonight.”

The Pacers led by 13 in the first half with Malcolm Brogdon’s free throw for a technical called on Wizards coach Scott Brooks with 1:21 remaining in the second quarter.

Bryant converted a 3-point play at the end of a 6-2 run to close out the second, and the Pacers led 70-62 at halftime.

Beal scored more than 25 points in three of the four meetings between the Wizards and the Pacers last season. And he quietly did it again this time, too. He had 21 points by halftime and then scored four points in the third quarter and five in the fourth quarter. In one match-up last year, though, the Pacers held Beal to just seven points — his season-low in 2018-19.

Wizards: Washington committed 10 turnovers in the first half. … The Wizards finished 19-of-19 on free throw shooting. … Moritz Wagner finished with eight points and seven rebounds before fouling out with 1:35 to go in the third quarter.

Wizards: Host Cleveland on Friday before going on the road for three straight games.

Pacers: Host Detroit on Friday after already losing to the Pistons twice this season.