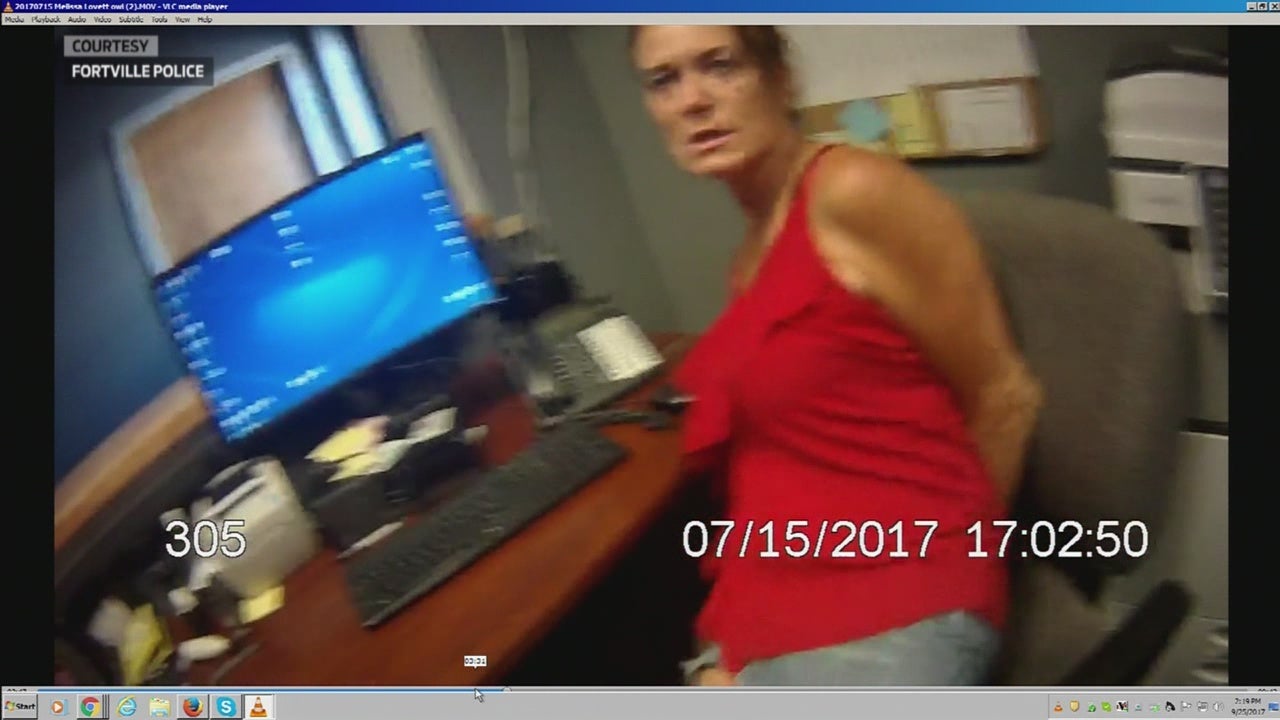 FORTVILLE, Ind. (WISH) — A police officer who was at the center of an excessive force investigation has resigned his position as a lieutenant, but he’s still working as a patrolman for the Fortville Police Department.

Fortville police say Matt Fox, a 10-year veteran with the Fortville Police Department, is no longer in a leadership position following a July incident.

Police say an investigation began after viewing footage from Fox’s body camera following a July 15 arrest. The investigation revolved around Fox’s treatment of a woman arrested on suspicion of drunk driving.

According to the FPD, Fox initially responded to a Dollar General in the 400 block of West Broadway Street in Fortville around 3 p.m. for report of a woman who appeared to be drunk and was threatening to customers.

“I wasn’t threatening nobody,” Lovett is heard saying in the video.

“That’s not the side I got,” Fox says in response.

Fox arrested Lovett on suspicion of operating while intoxicated. At that point, Fox placed the woman in his patrol vehicle, where the confrontation escalated. While in the back the police car, Lovett is heard telling Fox, “You’re not doing what your boss told you to do.”

Police said Lovett failed a sobriety test, so Fox took her back to the station, where Lovett requested another officer.

The video shows Fox grabbing Lovett by the arm.

“You have no right to touch me,” Lovett said.

Knauer said Fox should have called a second officer during the traffic stop.

Lovett repeatedly told Fox she did not want a needle used for a blood draw.

Fox is seen on the video pushing Lovett down into a chair. He yelled several expletives and shouted for her to “sit down!”

“If you (expletive) get up again, I’m going to put you on the ground and step on your (expletive),” Fox said.

Lovett at one point said to Fox, “Promise me you won’t kill me,” to which he responded, “I ain’t promising nothing right now.”

On two occasions the woman refused to sit down in the vehicle, and both times Fox placed hands on her shoulders, forcing her to sit down.

Fox did eventually call for backup at the hospital, where he took Lovett for a blood draw.

On the way there, police said Lovett kicked Fox’s computer. The video shows Fox get out of the car and walk to the passenger side before yanking Lovett out of the car.

She can be heard yelling “Ow” repeatedly before Fox tells her to “Get up now.”

Lovett is currently being held in the Hancock County Jail. She was arrested for driving with a suspended license after the OWI, and the state revoked her bond.

Lovett met with 24-Hour News 8 on Monday for a jailhouse interview.

“He’s still out there, and he’s still able to do what he wants to somebody else. What he did is not fair. It’s not right,” Lovett said. “I’m pretty sure they don’t train these officers to be that way.”

As the investigation began on July 17, Fox was placed on administrative leave. The Fortville Police Department and the Indiana State Police both conducted investigations into the incident, into whether or not the amount of Fox exerted during the arrest was warranted.

Chief Knauer said Fox had been promoted to lieutenant earlier this year. He said he didn’t fire Fox because “he’s a good police officer.”

“One bad day shouldn’t eclipse what he’s done over 10 or 11 years,” Knauer said.

Knauer said Fox violated three department policies — conduct unbecoming of an officer, failure to uphold the department mission statement and improper interview/testing procedures — and used more force than necessary.Those findings, with a recommendation against criminal charges, were then handed over to the Hancock County Prosecutor.

ISP’s investigation found the officer did not break the law.

Lovett claims she was not intoxicated, but police said she failed a sobriety test.

Fox returned to duty on Sept. 5 with a demotion in rank, as a patrolman.Note: The following videos show the raw body camera footage of Fox taking Lovett into custody on July 15 and include explicit language.