WATCH: Gas pump erupts into flames after driver backs into it 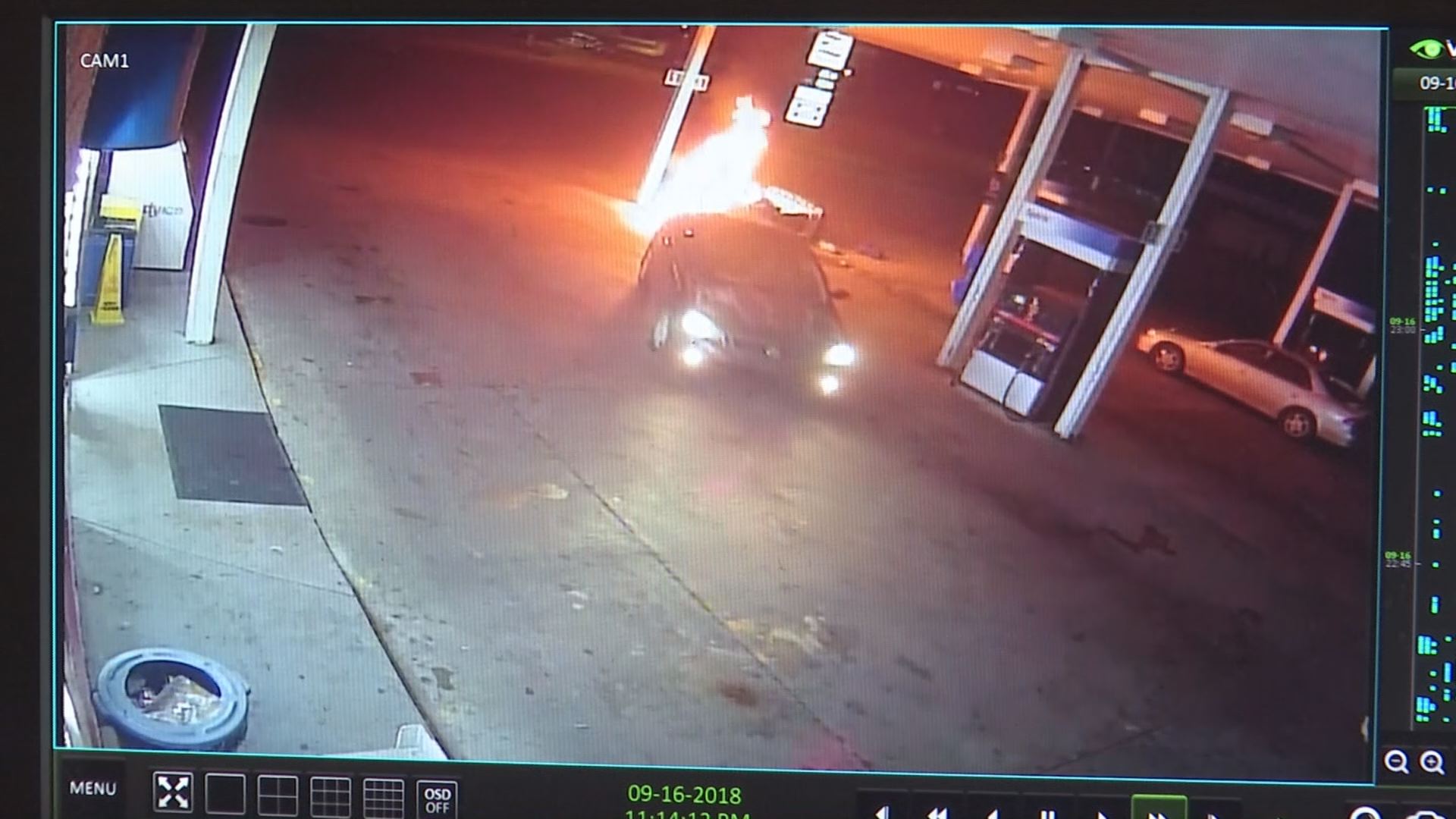 MOBILE, Ala. (WKRG) – A gas station surveillance camera captured video of a driver backing into a pump and starting a large fire.

Mobile Police say the man did it on purpose. A manager says the man was mad because the station had just closed and he couldn’t get gas.

The fire happened just after 11:00 p.m. Sunday. Police say 27-year-old Ernest Parker backed his vehicle into the pump at the Spirit gas station at Schillinger and Old Shell.

Parker was arrested Tuesday and charged with criminal mischief.

In the surveillance video, a worker’s husband can be seen rushing to the fire with an extinguisher to try and put it out.

Firefighters eventually arrived to get the fire under control.

Thursday morning, caution tape was draped around the area where the damaged pump was removed.