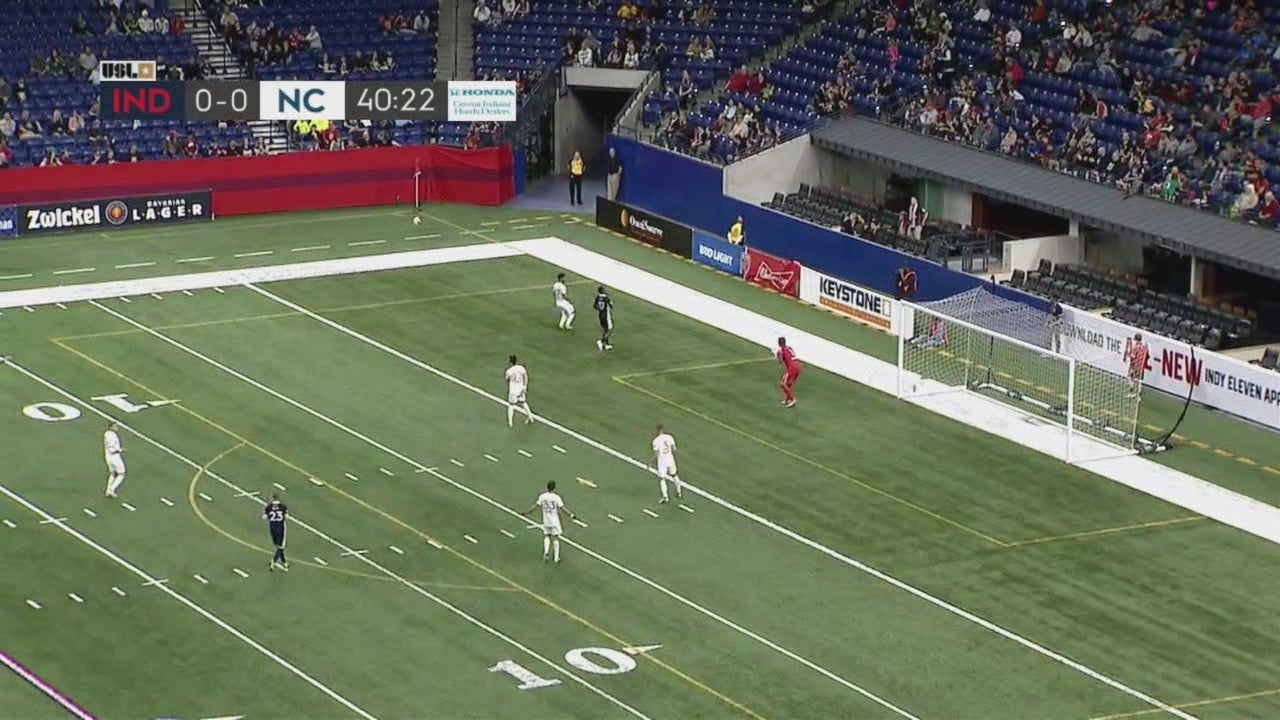 INDIANAPOLIS (WISH) — Saturday’s game marked the second nil-nil draw of the week for the Indy Eleven, which faced off against North Carolina F.C. at Lucas Oil Stadium.

Indy Eleven Head Coach Martin Rennie echoed the frustration of many in the Brickyard Battalion, with the team on the road for entire month of April then facing two games in one week with just two days in between.

Watch the whole game in the two videos above, including a special halftime proclamation from Indianapolis Mayor Joe Hogsett to honor Brad Ring, one of the team’s founding players. Ring retired after last season.