WATCH: Raccoon with head stuck in can gets help from firefighters 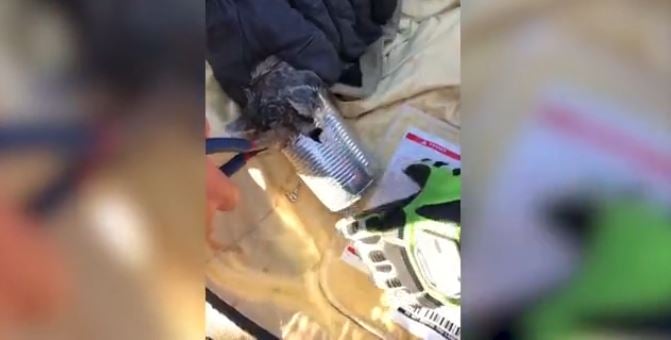 Firefighters from Station 11 in New Port Richey say they were just returning from a call when they found a raccoon behind their fire station with its head stuck inside a can.

The firefighters quickly worked out a plan to help the raccoon and were able to safely capture him after just a few minutes. The crew then cut the can to free the animal’s head before returning it to the wild.

The adorable rescue was captured on camera and posted to the Pasco County Fire Rescue Facebook page.