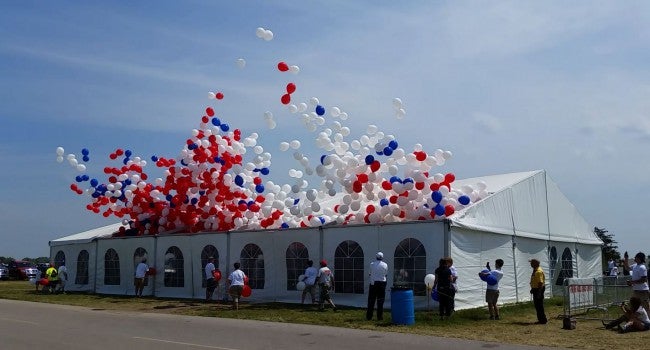 INDIANAPOLIS (WISH) – It’s a goosebump-worthy tradition before the Indianapolis 500.

During the singing of “Back Home Again in Indiana,” thousands of red, white and blue balloons are released into the sky.

Fans of the Greatest Spectacle in Racing watch as they float above the Indianapolis Motor Speedway, but not many people get to see the moment of release.

24-Hour News 8 had a crew outside the shed where the balloons are stored and was filming as the roof opened.