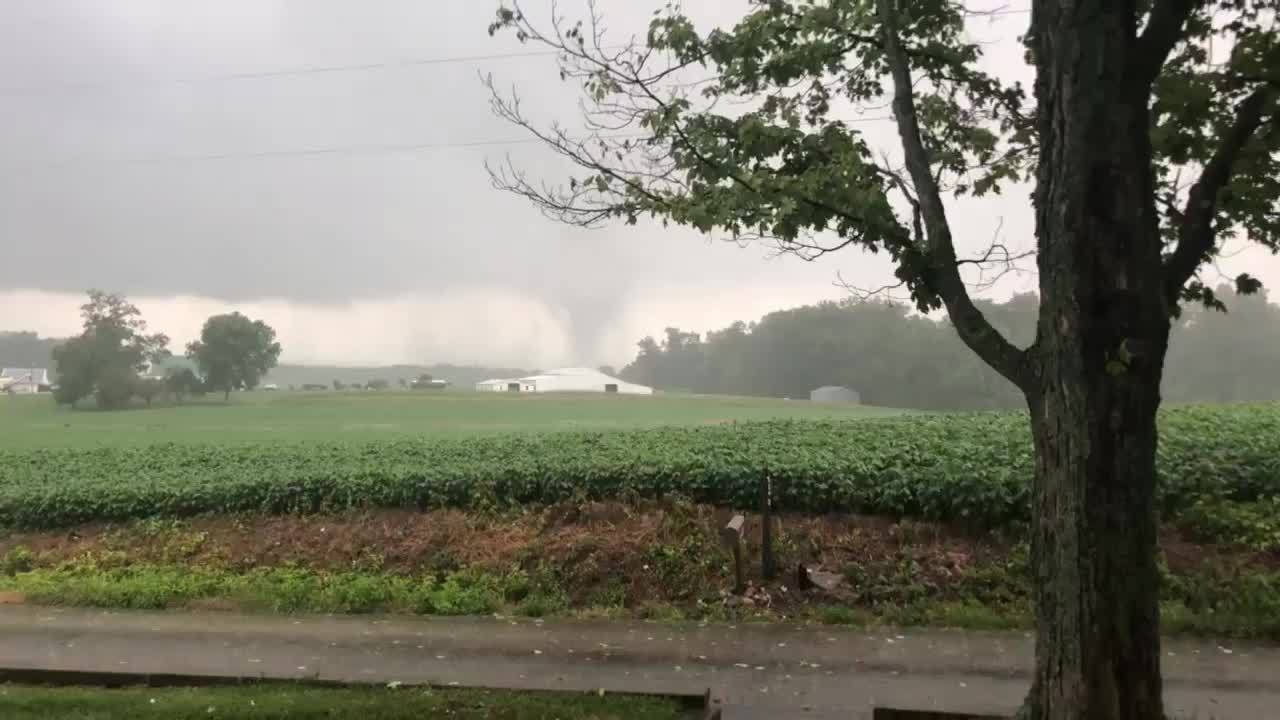 The damage ranged from minor to moderate damage, a news release from police said. There were no deaths and only one minor injury to a New Middletown Volunteer Fire Department member.

August Veron, a resident of rural Corydon, shared video of the New Middletown tornado as it moved across farmland in the area.

The National Weather Service issued a tornado warning for the area about 2:20 p.m.

Tornado warnings have been issued Friday afternoon across Indiana as storms have popped up and intensified.

Matt Morris took video of what is believed to be a funnel cloud becoming a tornado around 3:50 p.m. near Moonville. It was around Madison County roads 200 E and 600 N.