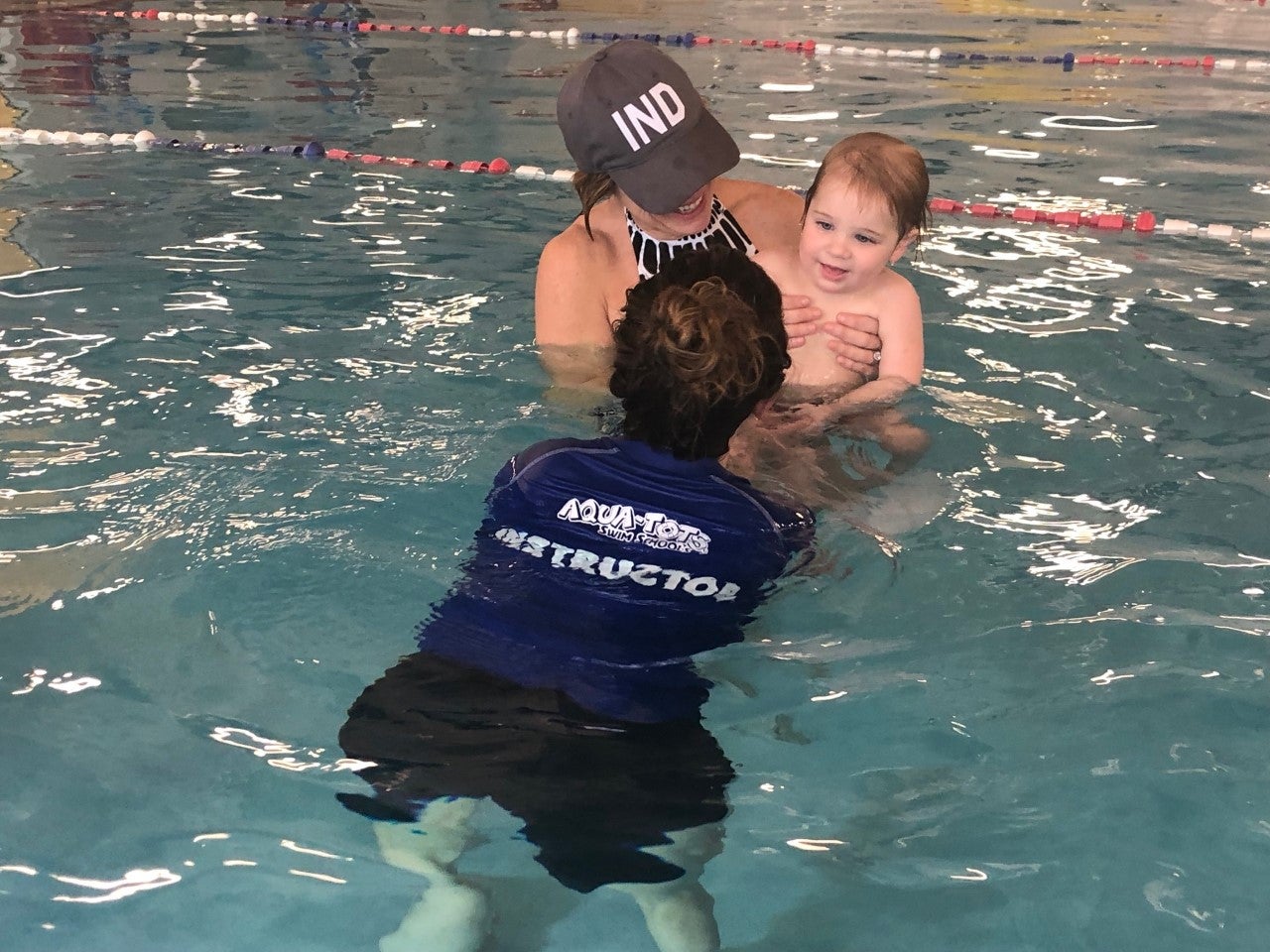 INDIANAPOLIS (WISH) — With summer approaching, many families will be starting to spend a lot of time around water soon. According to the CDC, about 10 people drown every day in the U.S. and that does not include boating-related deaths.

May is National Drowning Prevention Month. It’s placed in May to bring awareness to that scary possibility right before pools open and lake season. Experts say the best way to avoid drowning is to learn to swim and it’s never too early or late to start.

“It’s not something that any parent wants to have happen to their family, so it was a no-brainer for our family to get him in ASAP,” Beth Chappo said.

Chappo is a mom of three and an Instagram influencer, but she doesn’t put any filter on the danger of water.

“We have a creek in our backyard and so water safety is just hugely important,” Chappo said.

Her 18-month-old son Calvin is a level two minnow at Aqua Tots in Indianapolis. The swim school is located on 96th Street just west of Hazel Dell Parkway.

“They’re never going to develop the fear of water if you get them in early,” Lindsay Thayer, Aqua Tots owner, said.

Thayer is often in the water with students herself.

“It is sometimes a really rough couple of lessons until they get comfortable in the environment,” Thayer said.

Chappo agrees but said discomfort in a safe environment is much better than a tragedy later.

“He’s really growing into his own. He’s not a fan of floating yet, we’re going to get him there,” she said.

While the floating isn’t pleasant for Calvin, Thayer said it’s one of the important safety skills they teach.

“You’re going to see us do our falling in from the side, turning around, trying to climb out of the pools,” Thayer said. “We do start to learn the basics, so just how to kick properly. We learn depth perception, so we’re using some of our tools like a diving ring and putting it on the steps and make our way to the bottom of the pool.”

These are skills that give Chappo peace of mind as summer approaches.

“It was just something that my husband and I thought was really critical for our family, for him to know how to swim as early as possible,” she said.

According to the National Institute of Health, participation in formal swimming lessons between the ages of one and four-years-old is associated with an 88 percent reduction in the risk of drowning.

It is also important to have life jackets with you and wear them while you are in and around water.