Waterloo playground to be rebuilt after fire 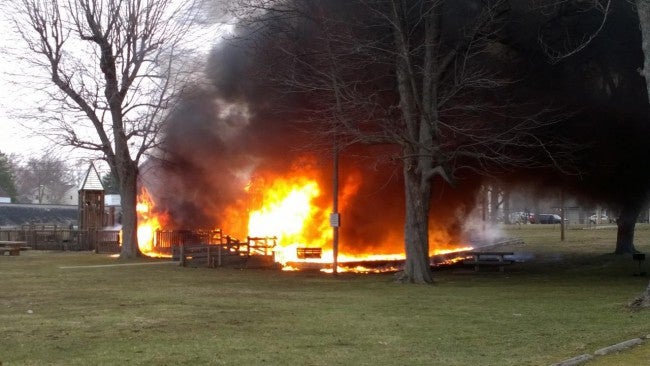 WATERLOO, Ind. (AP) – Residents and businesses in northeastern Indiana are coming together to help rebuild a playground that was destroyed by fire.

The Star in Auburn reports a cleanup plan is already in place for Fran Thomson Park in Waterloo.

The playground was built in 2000, but a fire started by three boys reduced it to a pile of unsafe black wreckage.

A Facebook page titled “Rebuild Waterloo Park” was organized hours after the fire on March 29. Residents and businesses have offered to volunteer.

The town has established a fund for donations through Community Foundation DeKalb County.

Town Manager Tena Woenker says she wants to make the rebuilding effort an “uplifting community project” instead of a black mark on the town’s history.