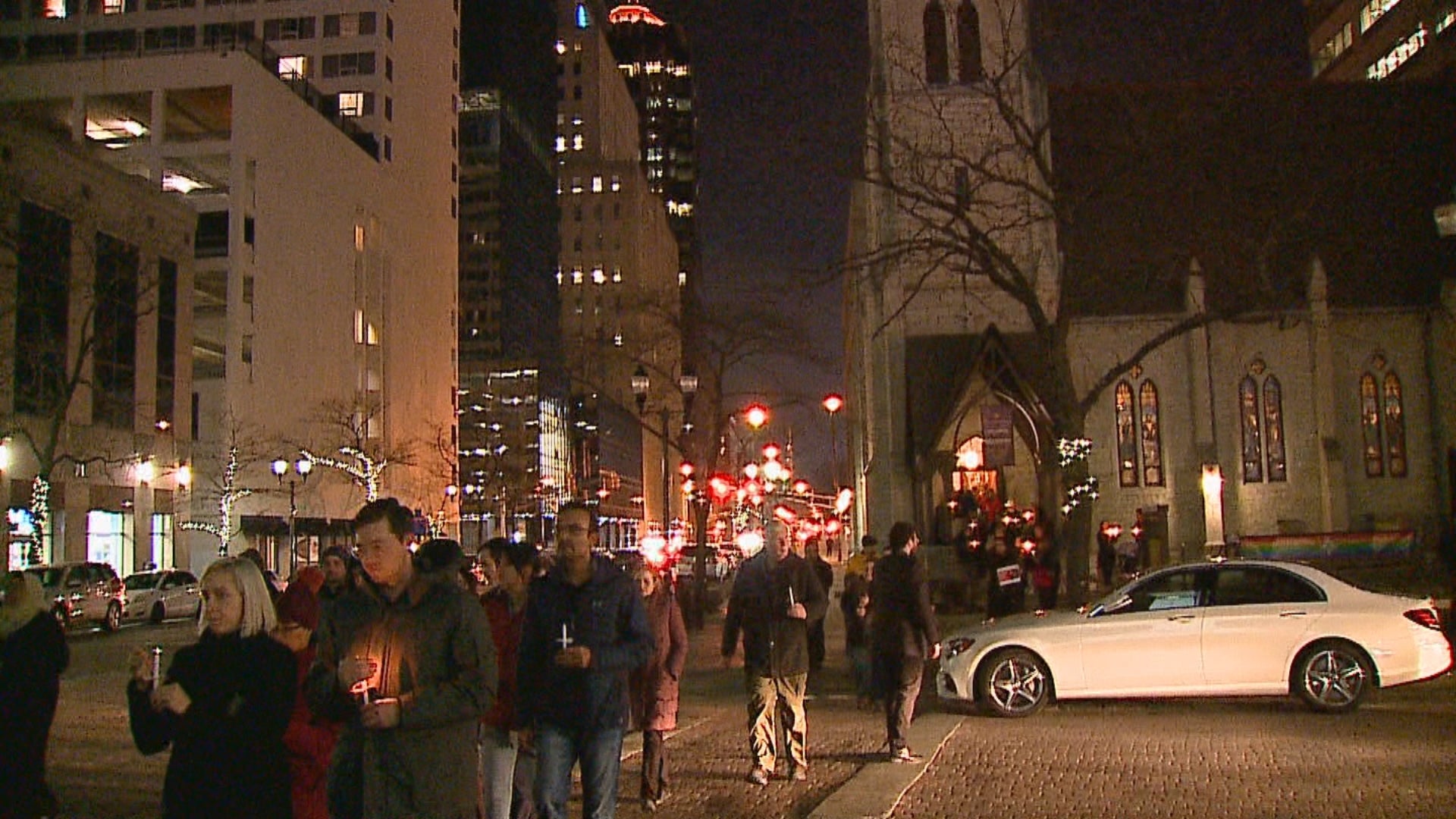 INDIANAPOLIS (WISH) — About 200 people came together Friday night to remember a man shot to death in what police called a road rage incident and what witnesses said should be called a hate crime.

Mustafa Ayoubi was 32 years old when he was killed Feb. 16.

Indianapolis Metropolitan Police Department say 33-year-old Dustin Passarelli, of Plainfield, shot and killed Ayoubi after a road rage incident. Three of Ayoubi’s friends, who witnessed the shooting, said Passarelli was shouting racial slurs at them right before he fired at Ayoubi.

“Our job as a cathedral is to be a house of prayer for all people,” said Dean Stephen Carlsen with Christ Church Cathedral on Monument Circle, where the vigil was held.

People of all faiths left standing room only in the cathedral as the vigil began with an Islamic prayer.

“We are lost and we are broken,” said Ayoubi’s sister, Zahra.

In her speech, she spoke about some fears she has.

“Most of all it is scary for all the Muslims who actually, I hate to say it, but actually look like Muslims,” Zahra.

The Friday night gathering — following a Wednesday vigil in Washington attended by Ayoubi’s family and U.S. Rep. André Carson — came as controversy swirls at the Statehouse about a hate crimes bill under consideration. The state Senate last week removed a list of characteristics from the bill that could become Indiana’s first hate crimes law. The amended bill, which passed through the Senate, was left without characteristics including race, age, religion, gender identity and sexual orientation. Indiana is one of five states without a hate crimes law. The others are Arkansas, Georgia, South Carolina and Wyoming.

The amendment made to the hate crimes bill is a change that some, including Republican Gov. Eric Holcomb, said makes the bill too vague.

“We want justice, and we don’t want any other family member or a person to go through what we are going through again,” said Zahra Ayoubi. “And we are asking Indiana, our home, to provide its citizens the full protection that we deserve.”

The vigil ended with everyone who attended crossing the street to the center of Monument Circle, where there was a candlelight prayer.