Weinstein due in court on charges he assaulted a 3rd woman 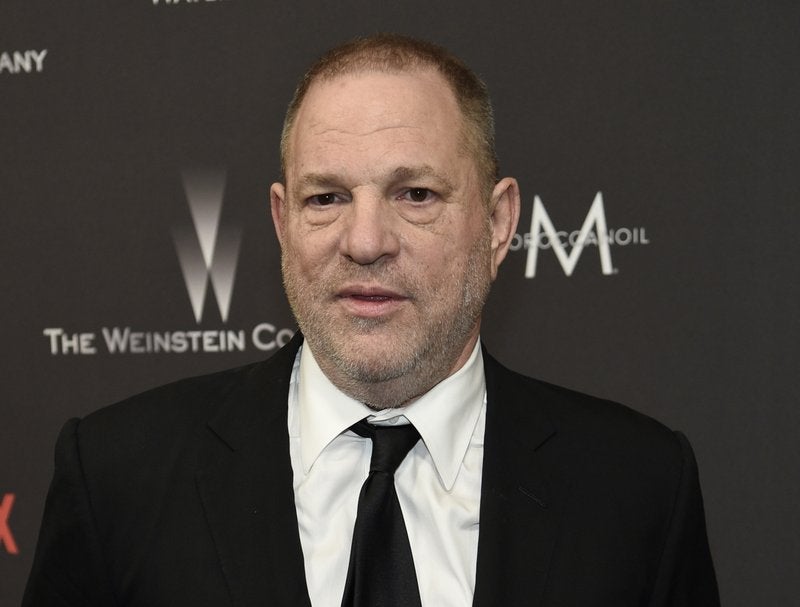 NEW YORK (AP) — Harvey Weinstein, who was previously indicted on charges involving two women, was due in court on Monday for arraignment on charges alleging he committed a sex crime against a third woman.

An updated indictment unveiled last week alleges the movie mogul-turned-#MeToo villain performed a forcible sex act on a woman in 2006. The new charges include two counts of predatory sexual assault, which carries a maximum sentence of life in prison upon conviction.

Manhattan District Attorney Cyrus R. Vance Jr. said the 66-year-old Weinstein is charged with “some of the most serious sexual offenses” that exist under state law.

A lawyer for Weinstein has said he will plead not guilty.

“Mr. Weinstein maintains that all of these allegations are false and he expects to be fully vindicated,” lawyer Ben Brafman said.

One of the other two accusers, who has not been identified publicly, told investigators Weinstein cornered her in a hotel room and raped her in 2013. The other, former actress Lucia Evans, has gone public with her account of Weinstein forcing her to perform oral sex at his office in 2004.

More than 75 women have accused Weinstein, who was one of the most powerful men in Hollywood, of wrongdoing as allegations detailed in Pulitzer Prize-winning stories last October in The New York Times and The New Yorker magazine swelled into the #MeToo movement.

Several actresses and models accused Weinstein of criminal sexual assaults. They include: film actress Rose McGowan, who said Weinstein raped her in 1997 in Utah; “Sopranos” actress Annabella Sciorra, who said he raped her in her New York apartment in 1992; and the Norwegian actress Natassia Malthe, who said he attacked her in a London hotel room in 2008.

A former Weinstein Co. production assistant, Mimi Haleyi, last October made allegations against Weinstein that align with the charges in the updated indictment.

Haleyi said Weinstein forcibly performed oral sex on her in 2006 in what appeared to be a child’s bedroom in his Manhattan apartment. Neither the district attorney’s office nor Haleyi’s attorney, Gloria Allred, would confirm that Haleyi is the accuser in the new charges.

New York police said in early November that they were investigating allegations by another Weinstein accuser, “Boardwalk Empire” actress Paz de la Huerta, who told them in October that he raped her twice in 2010.

“If you are a survivor of the predatory abuse with which Mr. Weinstein is charged, there is still time to pursue justice,” he said.

Weinstein, who produced movies including “Pulp Fiction” and “Shakespeare in Love,” has denied all allegations of nonconsensual sex, with his attorney challenging the credibility of his accusers.

The Associated Press generally does not identify people who say they are victims of sexual assault unless they come forward publicly.