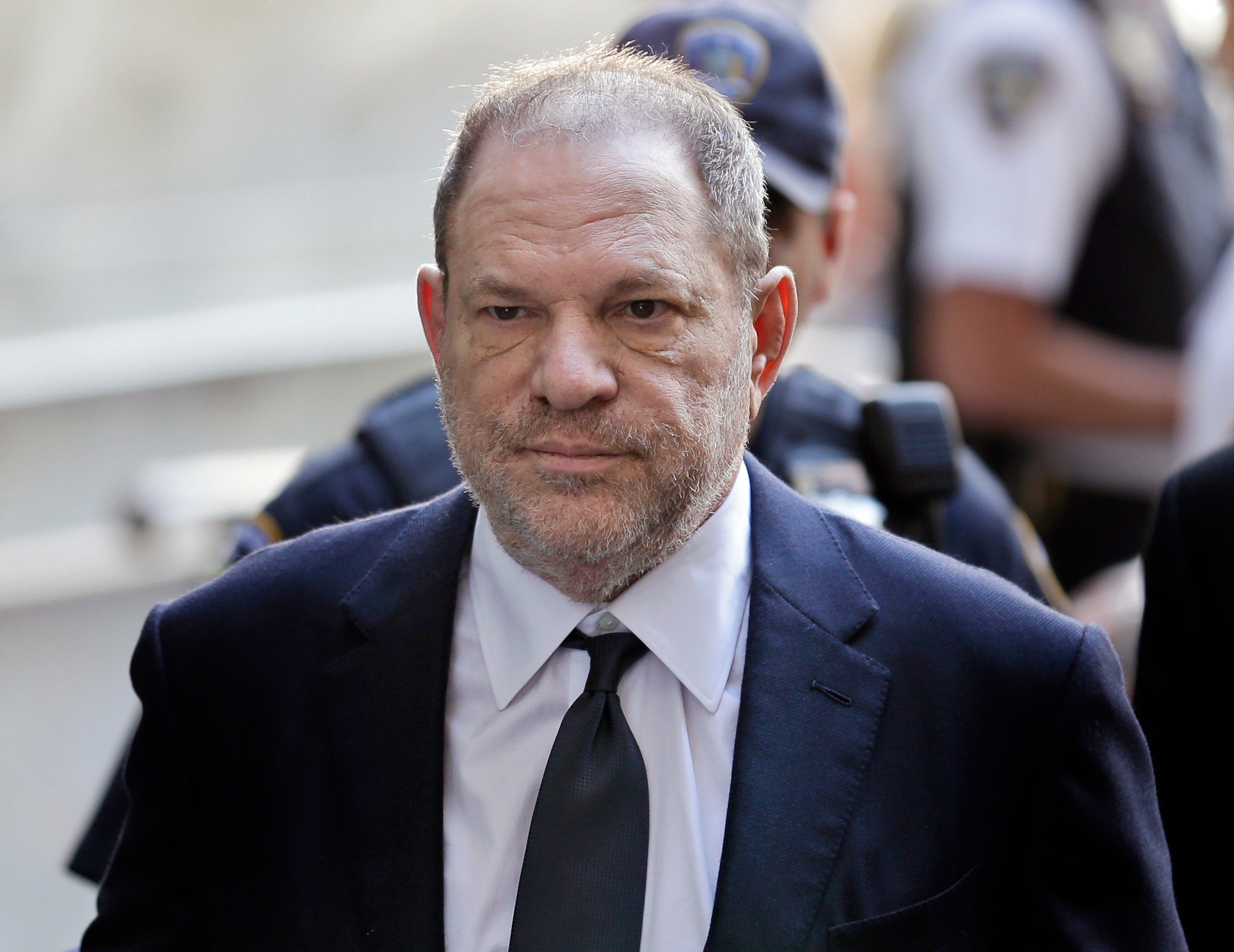 NEW YORK (AP) — Before telling authorities that Harvey Weinstein had raped her, his accuser sent warm emails after the alleged attack welcoming plans to get together, seeking advice and telling him no one “understands me quite like you,” according to court papers his lawyers filed Friday.

The woman, who hasn’t been publicly identified, has accused the former movie titan-turned-#MeToo villain of raping her in a hotel room in March 2013.

But his lawyers, who are seeking to get the rape and other sex charges against Weinstein dismissed, argue the emails portray an intimate, consensual relationship, not the aftermath of a rape. And the attorneys say grand jurors should have heard about the exchanges before deciding to indict him this spring.

One message, less than a month after the alleged rape, expresses appreciation for “all you do for me,” according copies of emails filed in court. Another message, days later, says “it would be great to see you again.”

“Miss you big guy,” another message added in September 2013, not long after the woman had written that she “was hoping for some time privately with you to share the direction I am going in life and catch up.”

Over the ensuing months and years, the two continued seeking and arranging to meet, the emails show. “I was so happy you saw me today! Very honored,” the woman wrote after a get-together in October 2013.

At another point, they made plans for him to meet her mother. She told him about a family illness and asked his advice about a car registration problem.

“There is no one else I would enjoy catching up with that understands me quite like you,” the woman, who has not been publicly identified, wrote in January 2014.

She sent a more wistful message in February 2017, after saying she had a schedule conflict and couldn’t make it to a hotel to see Weinstein. “I love you, always do. But I hate feeling like a booty call,” she wrote, adding a smiling-face symbol afterward.

The emails filed Friday are only some of the roughly 400 messages between the two, but none of them accuse Weinstein of harming her, defense lawyer Ben Brafman wrote in court papers. He said prosecutors knew of the emails but “likely” didn’t present a full picture of the communications to the grand jury, making the process “fundamentally unfair.”

New York appeals courts have said prosecutors aren’t obliged to present grand jurors with all forms of evidence that could favor a defendant, but the courts also have noted that prosecutors are obliged to seek justice and not just convictions.

Other sexual assault cases also have involved accusers who stayed in contact with their alleged attackers. A Philadelphia-area prosecutor cited continued contact between Bill Cosby and his accuser among reasons for declining to prosecute the entertainer in 2005. The prosecutor’s successor later brought charges and brought in a psychiatrist who testified that many victims continue communicating with their attackers. Cosby, who denied the charges, was convicted at a retrial this spring. He faces sentencing in September.

Weinstein also is charged with forcibly performing oral sex on another woman in 2006 and forcing a third woman, Lucia Evans, to perform oral sex on him in his office in 2004. His lawyers say all the charges should be dismissed; the defense says some charges are too vague, among other arguments.

Gloria Allred, a lawyer for the woman who made the 2006 allegation, said grand jurors “would not have indicted him if they did not find the testimony that they heard credible.”

“Why is Mr. Weinstein seeking to avoid facing a jury in a criminal trial?” she asked in a statement.

A lawyer for Evans didn’t immediately respond to a request for comment.

The Associated Press generally does not identify people who say they are victims of sexual assault unless they consent to being identified publicly.

Evans was among the first of what became more than 75 women who have come forward publicly since last fall to accuse Weinstein of sexual misconduct ranging from harassment to assault, in various locales. Allegations against Weinstein, first brought to light by The New York Times and The New Yorker magazine, catalyzed the #MeToo movement about calling out sexual misbehavior.

No other criminal charges have been filed against Weinstein, who produced movies including “Pulp Fiction” and “Shakespeare in Love.” He denies all allegations of non-consensual sex but has apologized for causing “a lot of pain” with “the way I’ve behaved with colleagues in the past.”

Brafman has said witnesses can corroborate Weinstein’s denials of the criminal charges, which the lawyer has called a product of political pressure to prosecute Weinstein amid the #MeToo outcry.