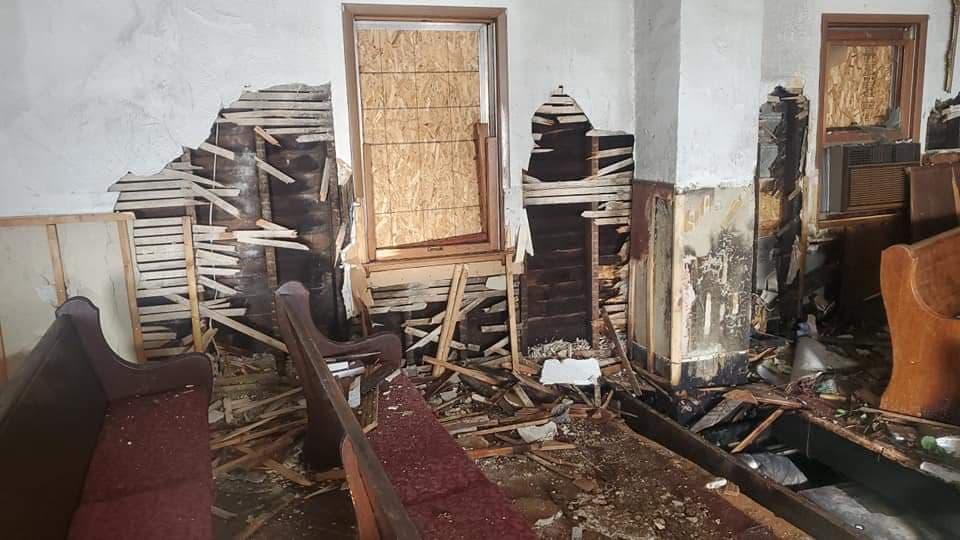 INDIANAPOLIS (WISH) — A church congregation, still mourning the loss of its assistant pastor who was killed last month, is now left looking for a new place to worship after a fire destroyed the building Wednesday night.

A fire broke out at the Church of the Lord Jesus Christ located at 1469 Kappes St. Wednesday night around 11 p.m. That’s near West Morris and Minnesota streets.

According to Singer-Mann, Christmas gifts that the church was collecting throughout the year for the congregation’s kids, were also destroyed in the fire.

The church holds a food pantry twice a month and Singer-Mann said that food was also lost in the fire.

She said the next step is to rebuild because too many people in the community depend on the church.

“If these doors are not open and one lost soul comes and they’re not open and then what will they do and where will they turn so somehow, some way, with God and hopefully with the help of the community we can rebuild,” said Singer-Mann.

The church’s assistant pastor, Christopher Smith, was shot and killed on Nov. 29 during his bachelor party at Jake’s Pub on the south side.

Singer-Mann said Smith would want the congregation to rebuild as a community.

Smith’s accused killer, Derek Oechsle, has been charged with his murder.