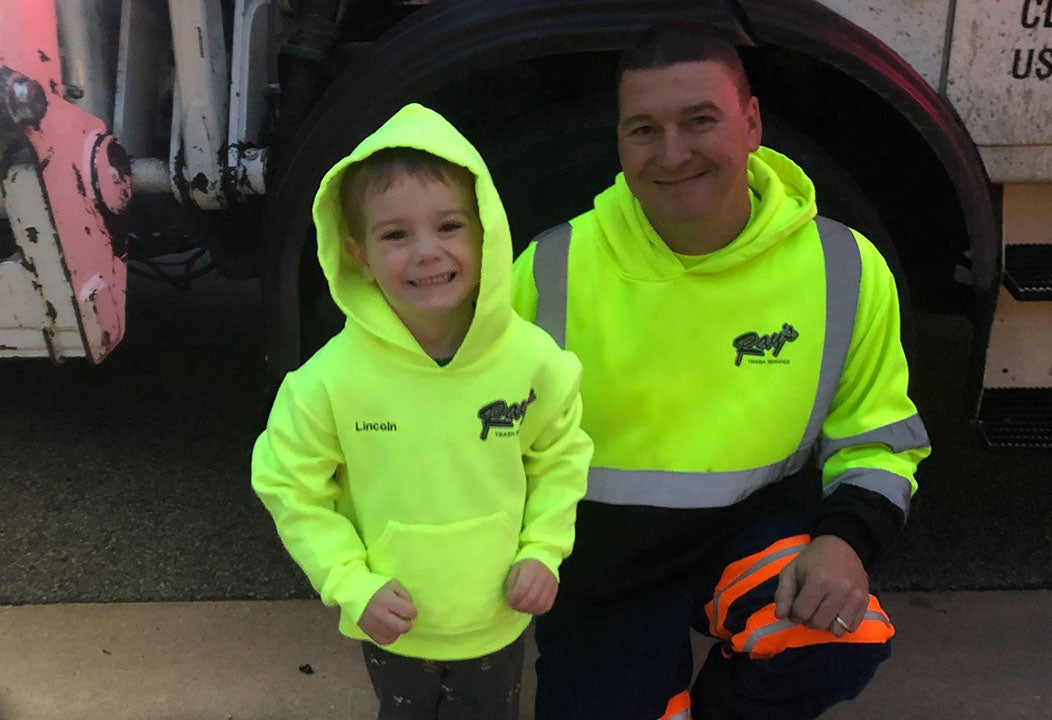 WESTFIELD, Ind. (WISH) — The sound of trucks picking up trash in the neighborhood is a sound people get used to every week. However, for three-year-old Lincoln Catt, it’s a sound he can’t wait to hear every Thursday morning.

His excitement only elevates when he spots his friend waving inside the truck — Danny Stanley, a recycling collector at Ray’s Trash Services, in Westfield. On Thursday mornings Stanley makes a routine stop on his route through the neighborhood every week at Lincoln’s home on Howden Drive. And every week Lincoln and his mom wait on the porch for Danny to arrive at their driveway.

“About a year and a half ago he started getting really into trash trucks, trash cans, dumpsters and all that stuff,” said Lincoln’s mother, Ashley Catt.

The friendship was sparked by a thank you letter that Lincoln and his family wrote to Danny.

“We wrote a note and let Danny know how much Lincoln appreciates seeing him each week and how happy it makes him,” Ashley said.

The bond between Lincoln and Danny began to grow quickly over the next three months and when the holidays came, Danny decided to get Lincoln a special gift for Christmas.

“I just wanted him to have his own truck,” said Danny.

So, he had a custom-made toy truck delivered to Lincoln that is an exact replica of the one he drives through the neighborhood every day. Danny also got him a matching hoodie and some more gear so that he could feel the same appreciation that Lincoln’s family has shown Danny.

“I mean it makes you feel good and they’ve said very kind words to me,” Stanley said. “That’s like gold to me.”

“I think their friendship is incredible,” Ashley said.

She says ever since she made a post about Lincoln and Danny’s friendship on social media, her neighbors on Howden Drive and others have come out to show their support on trash day mornings.

As Lincoln grows up, he may not always love garbage trucks, but Ashley hopes the center of his friendship with Danny sticks with him for the rest of his life.

“Small acts of kindness,” she said. “I think he will cherish those memories forever.”