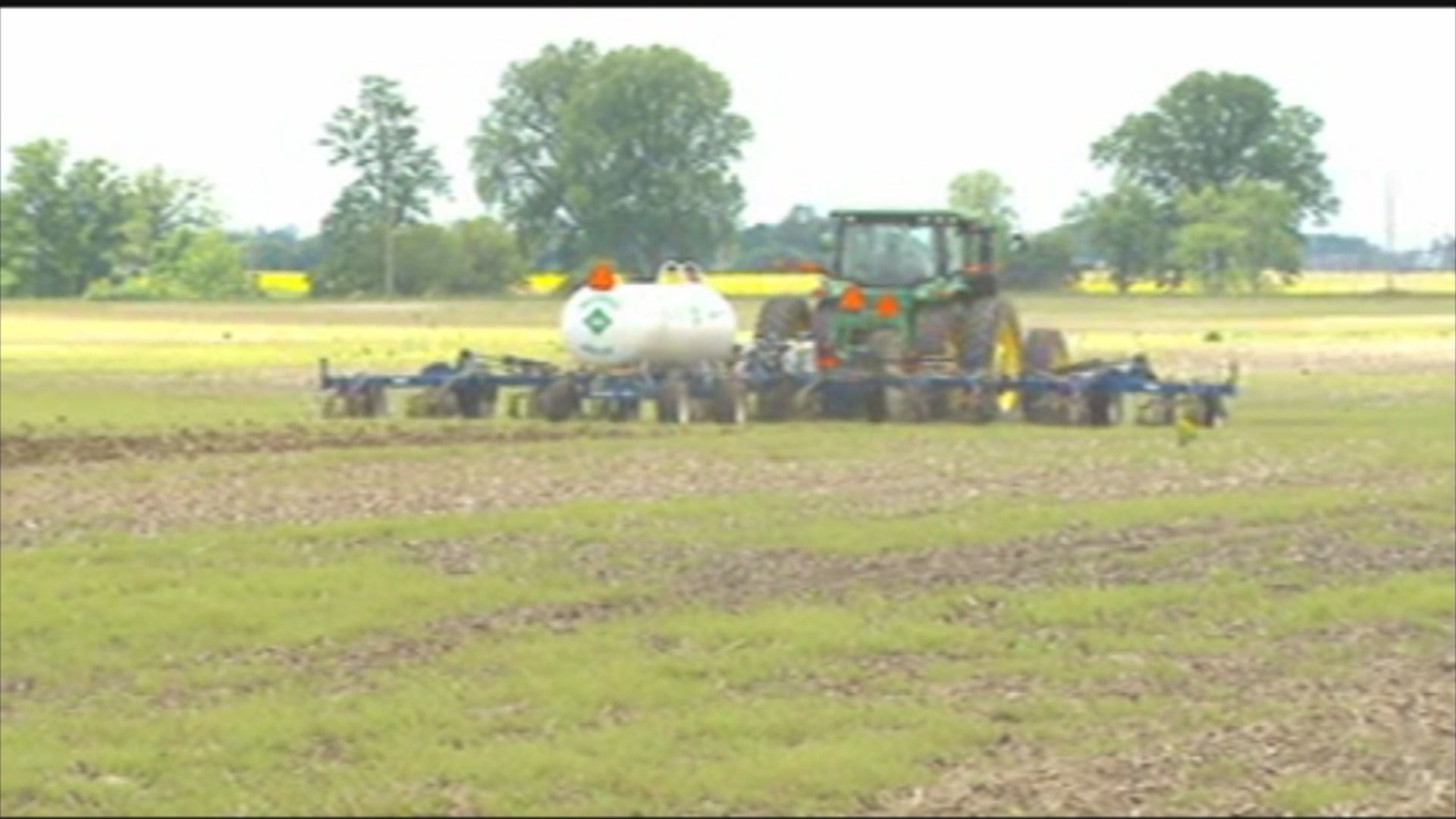 LEBANON Ind. (WISH) — Don Lamb and his family own and operate one of the largest farms in central Indiana.

The Lamb farm produces corn, soybeans and popcorn. The pop corn crop is already in the field. As for the rest of his crops, it’s been a tough year

“We are 20% planted right now and we feel pretty good about that. I mean, that is, a low number for this time of year but there are an awful lot of guys that don’t have anything planted yet,” Lamb said.

During a typical planting season, most of the planting would be finished for the year. This year is nowhere near typical.

“It has been consistently wet, yeah. Everybody talks about years that you look back on, and this is going to one of those and when I look back in 20 years I hope I’m wrong,” Lamb said.

Looking around Boone County, it is hard to find a field that’s completely planted. Lamb showed evidence of the wet fields: mud caked on the wheels of a planter.

The reason farmers don’t plant in wet fields, aside from the weeds and bugs, according to the Purdue Extension agent for Boone County, Curt Emanuel, the crops don’t develop well in wet soils.

“All of a sudden, you have crops with not as well-developed root system so it can turn bad pretty quickly,” Emanuel said.

Farmers such as Lamb are hoping to salvage the season with a type of corn that grows faster or to plant soybeans instead.

After that, “then you start looking at the possibility of just not planting at all,” Lamb said.

Most farmers News 8 talked with said they have crop insurance.