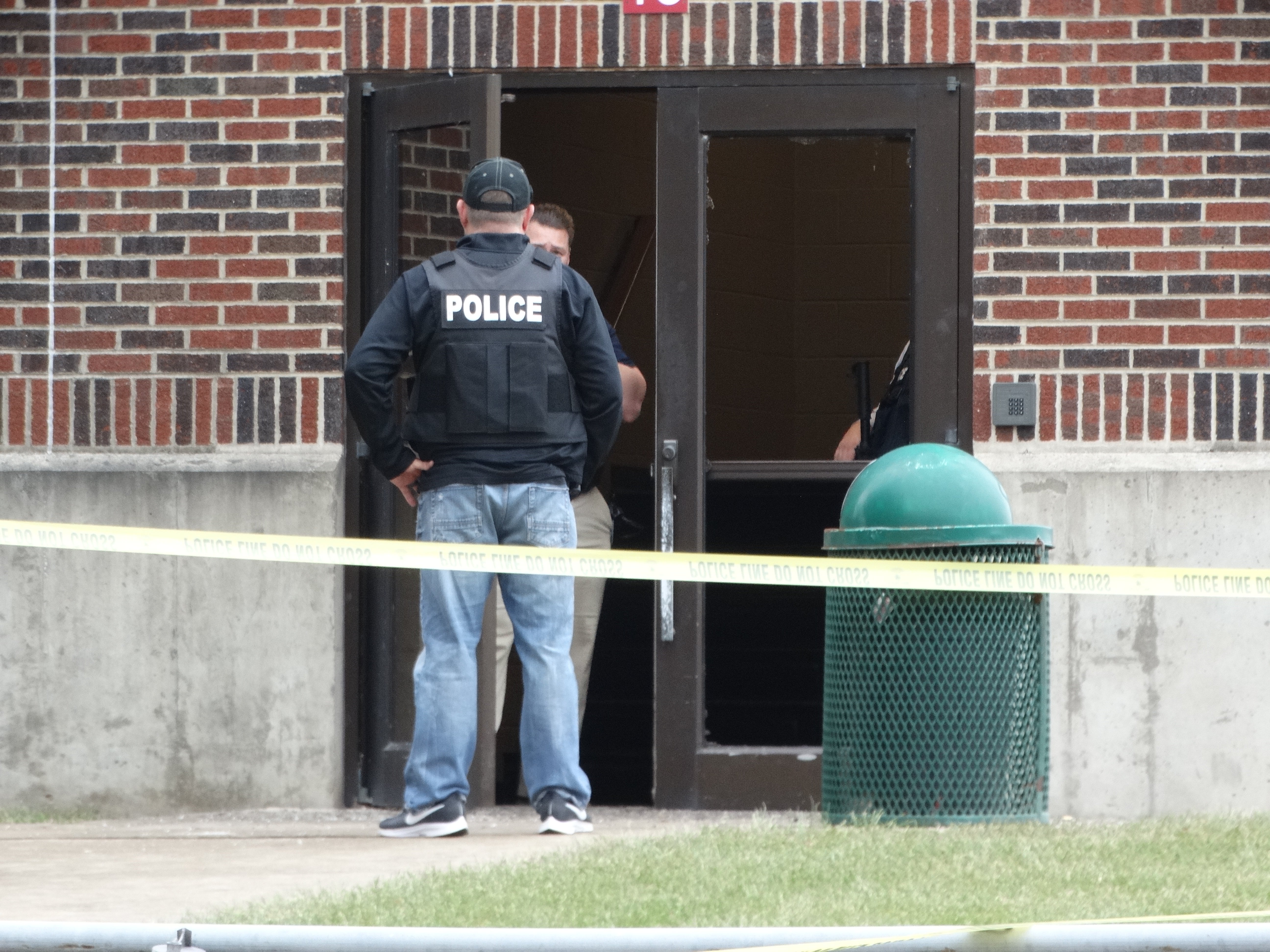 RICHMOND, Ind. (WISH) — A teenage suspect is the only person dead after a shooting at David W. Dennis Intermediate School in Richmond. Here is what we know and what we don’t know about the case.

Around 8 a.m. Thursday, the Richmond Police Department dispatch center got a call saying that someone could be on the way to the school to “commit a violent act.” Police credit this tip to allowing a swift response by law enforcement.

People haven’t said who called in the tip.

Officers were then able to quickly respond and confront the shooter outside the school.

According to state police, the shooter shot out the glass of a locked entry door and entered the school. Officers pursued the suspect into the school and exchanged fire with him.

Police say the suspect then turned his weapon on himself, fatally wounding him.

Police on Thursday had not said how many shots were fired or if officers’ gunfire struck the suspect.

“Had (the person who called in the tip) not made that call, there is no doubt in my mind that we would be having a much different conversation,” Indiana State Police Capt. Dave Bursten said.

The shooter and his weapon

Police have not identified the shooter. Police have said he was 14 years old and that he was not enrolled in the school.

Police have not clarified how the shooter got his weapon, exactly what kind of weapon he had or if he possessed more than one weapon.

Police have not indicated a motive for the suspect’s actions.

Police have not revealed any information regarding an upcoming autopsy for the shooter.

How the school responded

The school district locked down all of its buildings. That was made public on social media at 8:39 a.m. At 9:02 a.m., another tweet followed that there was an active shooter situation at the school and that the building was secure.

Nine minutes after that, the school said that no students had been hurt in the situation.

The school then moved students from the intermediate school to Richmond High School and asked that parents report to Civic Hall to pick up their students. Once all students were accounted for, the reunification process began.

Ashley Daniels went to Richmond High School to pick up her daughter, Heaven, a fifth grader at the intermediate school.

“It’s very frustrating,” Ashley said. “I think when I send my daughter to school she is safe. And I could be at work and not worry.”

Heaven said a school administrator told students they were going into lockdown.

“Like five minutes after that, I heard two gunshots,” Heaven said.

The fifth grader said police helped escort the kids to the high school.

All other schools resumed classes with regular dismissal times.

Richmond Community Schools district said Dennis Intermediate School will be closed through Monday. All other Richmond schools will be open Friday with extra law enforcement on hand.

Richmond Schools Superintendent Todd Terrill spoke Thursday night in a Facebook Live address to the community, giving thanks for the school’s response to the active shooter situation and offering appreciation for the faculty and staff. He also thanked law enforcement for how they handled the scene and put “their lives on the line,” as well as community members who brought comfort to the school. He thanked parents for their patience.

Terrill said the Boys and Girls Club on the city’s west side would be open from 9 a.m. to 3 p.m. Friday for Dennis intermediate school parents and students who wanted or needed to talk to someone.