While on-air, California TV station evacuates due to wildfire 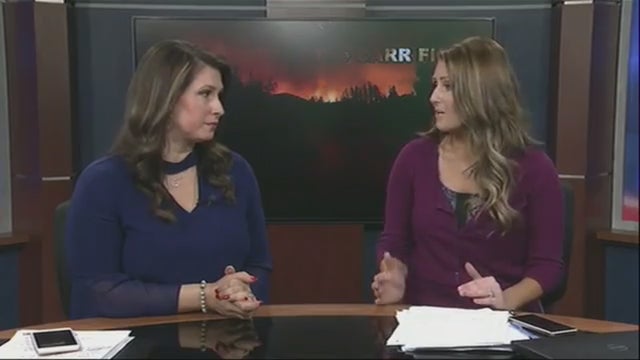 REDDING, Calif. (KRON) – A Northern California TV station was forced to cut their newscast short in order to evacuate a wildfire that’s burning out of control in Shasta County.

The Redding station, KRCR, was providing live coverage of the fire when news anchors Allison Woods and Tamara Damante announced on air that they were evacuating.

The anchors kept their composure. Through just slightly trembling voices, they explained it was time to go.

“We are going to leave the station because it is no unsafe to be here,” Woods explained.

The fire is being called the Carr Fire, and exploded to almost 30,000 acres Thursday night.

A private hire dozer operator was killed in the blaze.

Three firefighters have been hurt.