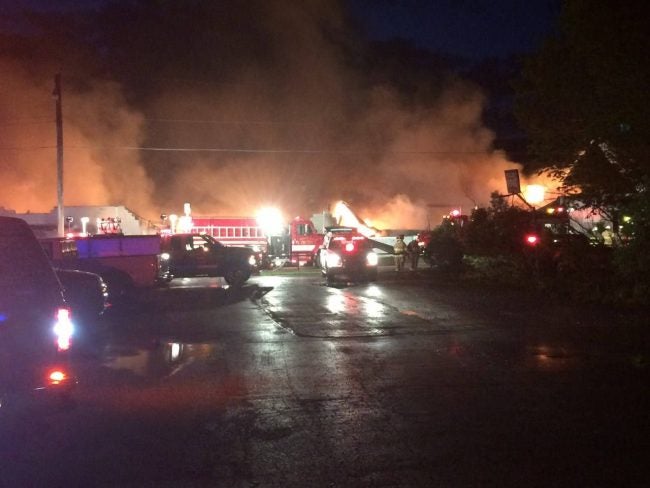 The fire began just after 1 a.m. inside the Rosewood Auction Center on North Prairie Street.

A 911 call reported a car on fire next to the auction house. Fire crews later discovered the car was inside the building.

The fire spread throughout the building. Five agencies were called in to assist.

The fire caused an area of State Road 43, which turns into North Prairie Street, to be shut down for hours. The road reopened just after 7 a.m.

Frontier School Corporation was placed on a two-hour delay because of the fire. A school official stated power had to be shut off in the area as crews battled flames.