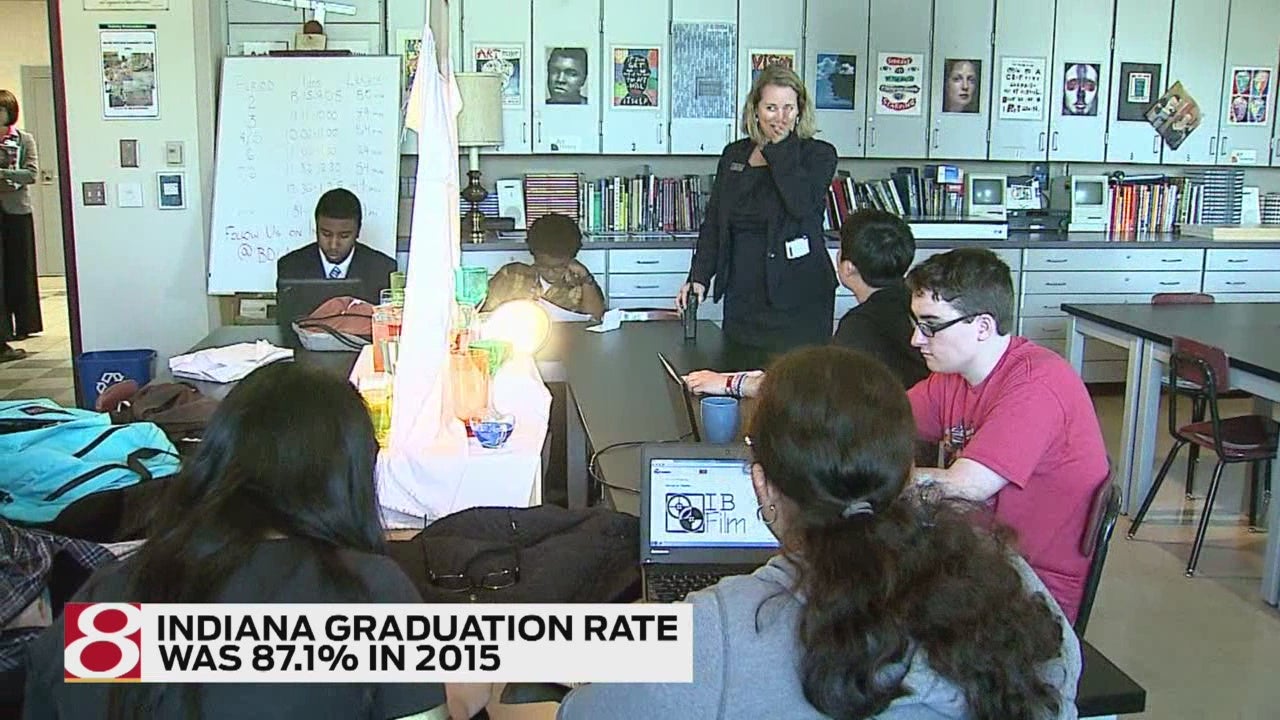 INDIANAPOLIS (WISH) — The high school graduation rate in the United States has hit a record high of 83.2 percent.

Nearly every state has seen progress since the 2010-2011 school year. That’s the first year all states used a consistent, four-year adjusted measure of high school completion.

Across the country, the graduation rate increased more than four-percent. The only states to decline were Arizona and Wyoming, although both saw less than a one-percent decrease.

Alabama had the biggest gain of more than 17-percent over the 5 school-year period.

For Indiana, the increase was small. Hoosier high schools had a graduation rate of 86 percent in the spring of 2011. It was one of the highest starting points in the data we received from the White House. By spring of 2015, the graduation rate increased just a little more than one-percent to 87.1.

According to the White House press release, this shows the progress schools are making to help students prepare of college and careers.

“Education has always been the secret sauce, the secret to America’s success. That if you worked hard you’d have a chance to find a good job, buy a home, raise a family, send your kids to college. We didn’t promise everybody that they’d get rich. But we promised that everyone who worked hard would have a chance to get ahead,” President Barack Obama said in 2015.

The numbers do show progress for all groups, but especially for black students and those learning English as a second language.