Why no tornado warning was issued Saturday 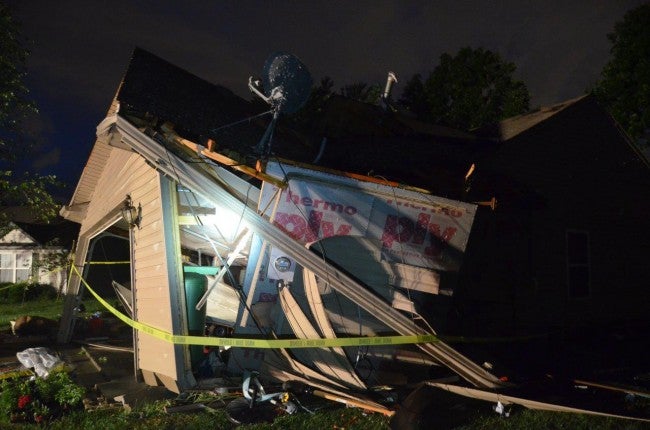 INDIANAPOLIS (WISH) — The National Weather Service confirmed that an EF-1 tornado touched down on Indianapolis’ southeast side Saturday night, with estimated winds of up to 90 miles per hour. The tornado was on the ground for less than one minute, but it caused extensive damage to a few homes and vehicles.

Many have questioned why the NWS did not issue a tornado warning for the storm as it moved through the city. A severe thunderstorm warning was in effect

The tornado on Saturday was caused by intersecting outflow boundaries from other storms, causing rotation that touched the ground for less than one minute. While tornadoes like this can be brief, they can still create significant damage.

“In this particular case, it was what we call a spin up,” McCarthy explained. “Tornadoes that are popularly known spin down from a super cell. The can be on the ground for several miles or for 30 to 40 minutes”.

McCarthy also says that it’s extremely important for the public to heed severe thunderstorms warnings just as they would with tornado warnings.

“You can get significant wind damage from wind gusts — anywhere between 60-90 miles per hour — that are just as damaging as some weak tornadoes.”