Wildfires in Greece kill 74 in deadliest blazes in decades 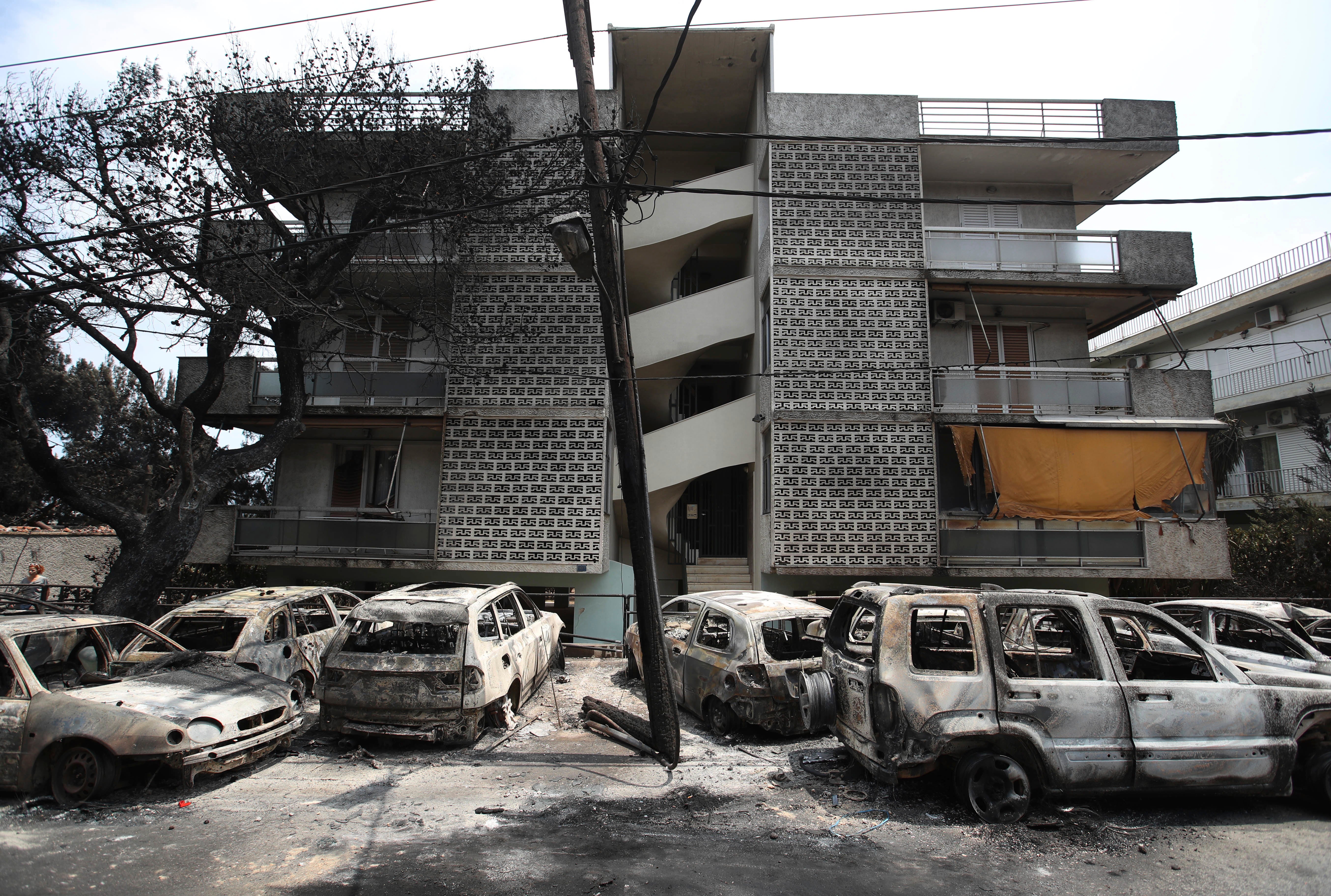 RAFINA, Greece (AP) — The death toll from Greece’s deadliest wildfires in decades climbed to 74 Tuesday as rescue crews searched on land and sea for those who sought to escape the blazes that engulfed popular summer resort spots near Athens.

The number of victims appeared set to go even higher, with crews checking charred homes and vehicles and the coast guard scouring beaches and deeper waters. There was no definitive count of the missing.

Fueled by 50 mph winds that frequently changed direction, the fires — one to the west of Athens near the town of Kineta and another to the northeast near the port of Rafina — spread at speeds that surprised many, trapping hundreds on beaches and cutting off escape routes.

All the casualties appeared to be from the fire near Rafina, a popular seaside area that is a mix of permanent residences and vacation homes. The blaze broke out Monday afternoon during a hot, dry spell but the cause was not immediately clear. Aerial photos showed charred swathes of forest and homes.

Although it had abated by Tuesday afternoon, the blaze was far from extinguished and more than 230 firefighters were still trying to put it out, helped by volunteers and water-dropping aircraft. Another five fires continued to burn, with flare-ups reported in the blaze near Kineta. Authorities ordered the evacuation of some communities as a preventive measure.

Authorities urged the public to contact them about the missing. Many took to social media, posting photos and what was believed to be their last location before the fires hit.

Twenty-six of the dead were found after dawn Tuesday, huddled in a compound near the sea in the community of Mati, the worst-hit area near Rafina, about 30 miles west of Athens.

Red Cross rescuers said they appeared to be families or groups of friends because they were found hugging in groups of threes and fours.

Hundreds of homes and cars were believed to have been burned. Many vehicles were found with the keys still in the ignition and doors open, a sign of the urgency with which their occupants sought to flee the flames. Narrow roads quickly became jammed, forcing many to try to escape on foot. The ferocity of the fire melted cars’ metal hub caps.

Many ran to beaches, but even there the fire got so close and the smoke was so thick that dozens swam out to sea despite the rough weather.

Coast guard and private boats picked up more than 700 survivors from beaches and the sea — but also recovered six bodies.

“It happened very fast. The fire was in the distance, then sparks from the fire reached us. Then the fire was all around us,” said Nikos Stavrinidis, who had gone with his wife to fix up his summer home for a visit by his daughter.

Stavrinidis, his wife and four friends swam out to sea to escape the smoke, but they quickly became disoriented, losing sight of shore and being swept out farther by the wind and currents. Two of his group didn’t survive.

“It is terrible to see the person next to you drowning and not being able to help him,” Stavrinidis said, his voice breaking. The rest of the survivors were picked up by a fishing boat with an Egyptian crew who jumped into the water to rescue them.

Rafina’s dock became a makeshift hospital overnight as paramedics examined survivors, some wearing only their bathing suits, after being dropped off by rescue boats.

Rafina Mayor Evangelos Bournous said his home had burned down and his family escaped by going into the sea.

The speed of the fires caught many by surprise.

“Everything happened in seconds,” said Andreaas Passios, who lives next to the compound in Mati where the 26 bodies were found. “I grabbed a beach towel. It saved my life. I soaked it, grabbed my wife and we ran to the sea.”

Passios said he and his wife stayed by the sea for two hours.

“It was unbelievable. Gas canisters were exploding. Burning pine cones were flying everywhere,” he said.

“The police tried to direct us away from the fire, but we couldn’t escape it,” she said. “We got stuck in traffic and the flames were on top of us. We managed to find a small gap and we made it out.”

Local officials provided housing, food and clothes for those affected.

Over the two days, 47 brush and forest fires broke out across Greece, with most of them quickly extinguished, the fire department said.

Heavy rain was forecast Wednesday across southern Greece, and there was hope that could help firefighters.

Forest fires are common during Greece’s hot, dry summers and temperatures recently reached up to 104 Fahrenheit.

In 2007, more than 60 people were killed when huge fires swept across the southern Peloponnese region.