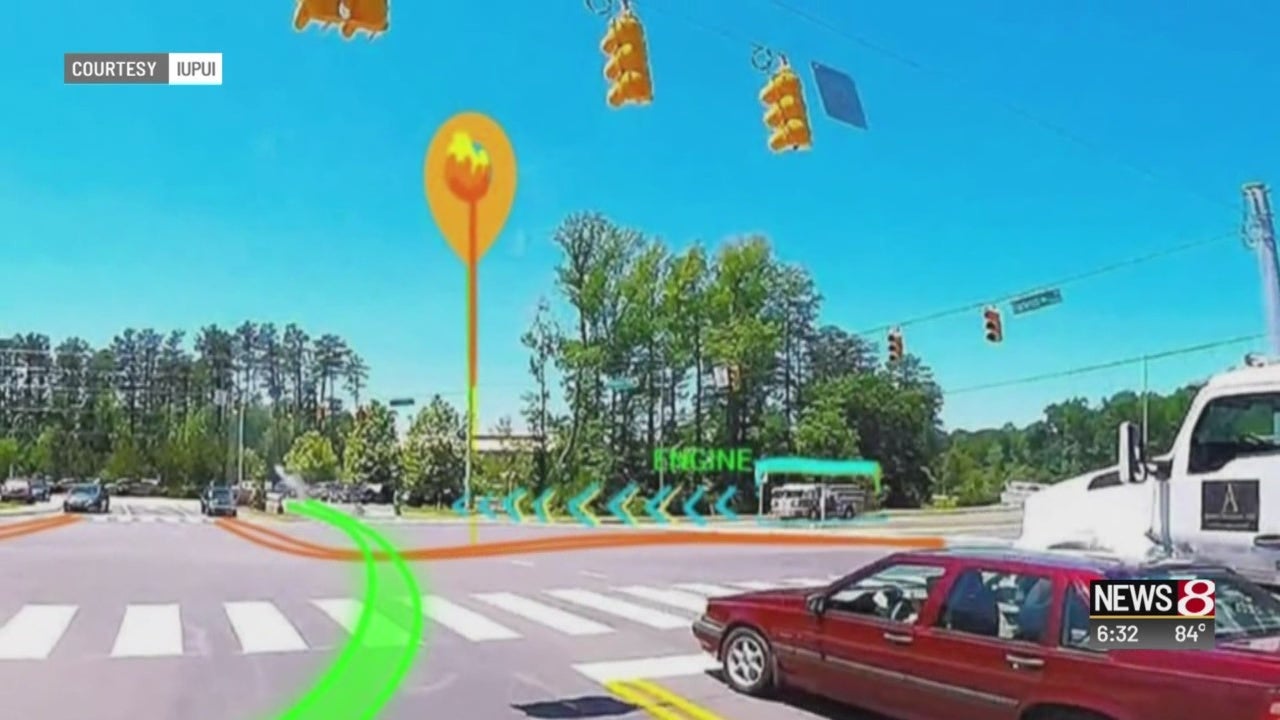 CARMEL, Ind. (WISH) — A team of IUPUI students are hoping to revolutionize the way we use navigation apps, starting with local firefighters.

The app, called Fire Ray, provides a heads-up holographic display on the windshield of a vehicle with everything from navigation information to nearby movie theater show times. Coming off their experience engineering for public safety officers for the Fishers Hack-A-Thon, the team decided to develop their technology alongside and catered to Indianapolis and Carmel Fire Departments.

“What speed the other vehicle is approaching towards you, what’s the weather like, what the hydrant pressure is like. So this information would be visually conveyed to the driver in real time,” explained Pruthviraj Narayanaswamy, a member of the IUPUI HCI team. “And this happens on the windshield.”

“For me, sitting in the driver’s seat driving the rig, I’m really focused on the road,” said Josh Haus, firefighter with the Carmel Fire Department. “My reaction time has to be top notch.”

Haus explained that Fire Ray would be a powerful enhancement to the engine’s current navigation system which is effective but doesn’t operate in real time.

“One of the biggest killers of firefighters is us driving to and from the scene of an emergency,” said Tim Griffin, public information officer with Carmel Fire, “and so if any way that that can alleviate that for us is awesome.”

The app isn’t available just yet. The IUPUI students finished the application presentation in June and won the organization’s top award on June 30. WayRay, the sponsoring company, is flying the team out to California this fall to begin work on a prototype.

“We never expected that we could be reaching this far,” said Narayanaswamy. “What we actually imagine and what we see in movies, could also be done in real time. It’s very exciting.”

Carmel firefighters say they would be thrilled to install the program once it’s available.

“It’s a real honor that they chose our profession, public safety, to come first. To us that speaks volumes,” said Griffin. “There’s a lot of other industry that they could have gone out to, probably industry that has a lot more money.”

“To see the students take the theory and apply the theory into the real world, while students, and then be recognized for that effort, that’s what we live for as professors,” said Lou Lenzi, IUPUI School of Informatics professor and IUPUI HCI mentor.