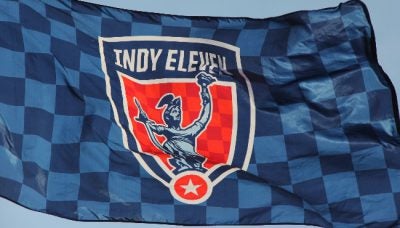 Soccer fans, WISH-TV and MyINDY-TV is where you’ll want to be.

That’s because  WISH-TV, the CW affiliate, announced that Indy Eleven fans can once again watch the “Boys in Blue” on WISH-TV and MyINDY-TV 23 (WNDY) in 2018.  “Indiana’s Team” and Central Indiana’s CW and My Network affiliates have finalized their partnership for the fifth straight season.

“The Indy Eleven faithful have grown used to the consistent, high-quality coverage that WISH-TV and MyINDY-TV 23 has provided for the last four seasons” said Larry Linde, Indy Eleven’s Director of Corporate Partnerships & Broadcasting. “This partnership has produced some of the best broadcasts in U.S. Soccer, as well as quality exposure for our partners. We are looking forward to another season of all-star coverage from the WISH-TV and MyINDY-TV 23 team.”

“WISH-TV and MyINDY-TV are proud once again to be the TV home of Indy Eleven.  It’s an exciting year for fans of the ‘Boys in Blue’ in a new league and at a new stadium,” said Randy Ingram, WISH-TV Vice President and General Manager. “We’re looking forward to this continued partnership and our fifth season of bringing the excitement of professional soccer into the homes of our viewers.”

In addition to the two-hour game window, every Indy Eleven game broadcast on WISH-TV and MyINDY-TV 23 will be followed by the Honda Post-game Show, a wrap up of the evening’s action featuring extensive highlights and interviews with personalities from both teams.