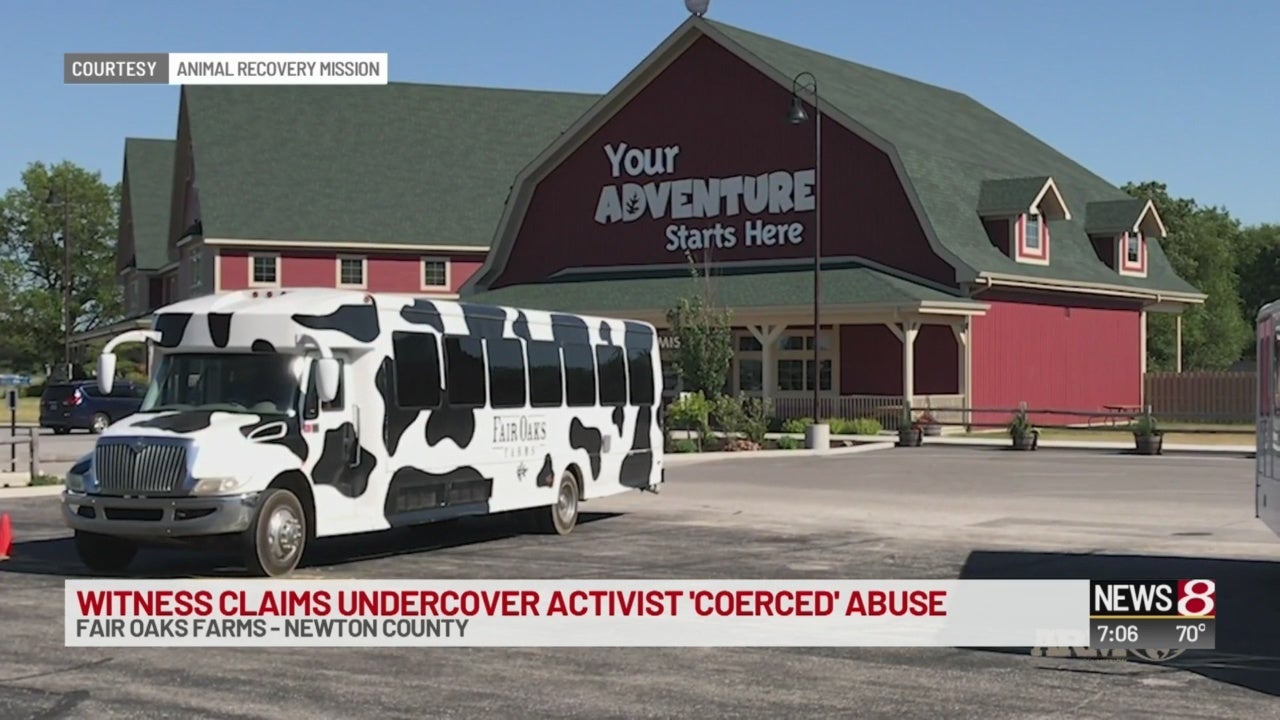 KENTLAND, Ind. (WLFI) — A statement from the Newton County prosecutor could take the investigation into abuse at Fair Oaks Farms in a new direction.

We’ve been following the release of two videos showing apparent animal abuse at the farm for two weeks now. The videos were taken and released by Animal Recovery Mission (ARM), an activist group that went undercover at the farm.

The prosecutor says one of the suspects told investigators that the ARM employee encouraged the abuse later seen in the videos. Now, they say a “third party” witness has corroborated the suspect’s claim.

Detectives are still investigating all the parties’ statements.

Fair Oaks Farms also released a statement: “Law enforcement’s investigation will follow its own course. We continue to focus and make every effort to ensure the safety and welfare of our animals so this never happens again.”

The original prosecutor statement is below:

“A third party witness has come forward to corroborate the allegations made by a suspect that the ARM employee encouraged or coerced the behavior depicted in the portions of video that have been released publicly. Detectives continue to investigate these claims through additional interviews and written discovery.”

“The statement sent out by the Newton County’s Prosecutors Office that an ARM Investigator coerced or encouraged the abuse of innocent animals at Fair Oaks Farms, couldn’t be further from the truth. The Newton County Sheriff’s and Prosecutors Office has yet to reach out to Animal Recovery Mission’s main witness in this case for any additional statement. For prosecutors to release such an unfounded and bogus information that is part of an open and ongoing criminal case, is not only unprofessional, but irresponsible, as it could have a negative effect on this very important criminal case. It is apparent that this prosecutor is attempting to divert public attention away from Fair Oaks Farms and Mike McCloskey in order to create doubt on a professionally put together investigation into Newton County. Once again, the Animal Recovery Mission is reaching out to both the Sheriff’s and Prosecutors Office to give our first formal statements.”