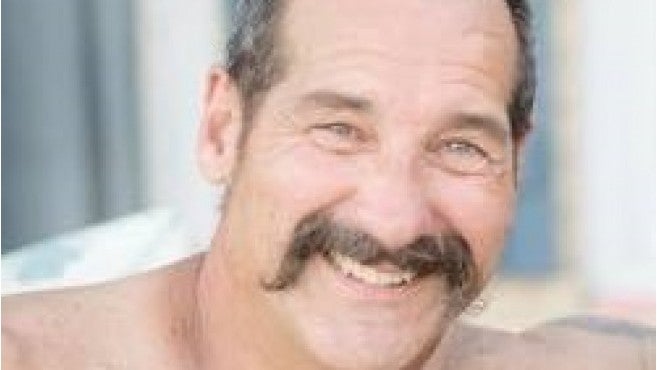 CRAWFORDSVILLE, Ind. (WISH) – A Crawfordsville man who witnessed the aftermath of the fatal shooting of a 56-year-old man by an Indiana State Police trooper shared his concerns about the incident on Saturday.

Kenneth Steen, a Army combat veteran, captured video that shows police surrounding 56-year-old Glenn A. Rightsell of Linden while he was on his knees Friday night on a rural stretch of highway.

“I thought somebody was just knocking on the door,” Steen said. “It didn’t really sound like gunshots to me.”

Steen lives across the street from where the incident happened on U.S. 231 near Montgomery County Road 550 North. That’s near North Montgomery High School, about 15 miles south of Lafayette.

A woman told the Journal Review her husband, Rightsell, had been working on her daughter’s car in front of the high school.

After realizing the sounds Steen heard were gunshots, he rushed outside with his cellphone to take video. Steen saw a black sport-utility vehicle that police said had been found abandoned along the road earlier Friday as well as a white Dodge car.

“I stepped outside and then I could see the guy on the ground in between the black SUV and the white Dodge and he was laying on his stomach with his hands in the air,” Steen said. “He wasn’t saying anything. He wasn’t doing anything.”

Steen told News 8 he did not see the shooting, so he doesn’t know what lead up to it, but he said he is worried about how long Rightsell was on the ground after he was shot.

Indiana State Police on Saturday issued a news release on the fatal shooting Friday night. The release said police were not yet releasing the name of the trooper who shot Rightsell.

That same trooper was driving on the same highway around 6:30 p.m. Friday and noticed the white Dodge car had pulled up in front of the Tahoe and had the hood open.

According to state police, the trooper reportedly walked up to Rightsell while giving commands and Rightsell allegedly grabbed the gun that Rightsell had on his waist.

The trooper shot Rightsell at least once, state police said.

Steen said, “My big concern was, I’m not making a judgment on whether it was a justifiable shooting.

“I didn’t see that part. But, I’m concerned how long it took the officers to secure the scene and then the fact that they were allowing traffic to continue to go both northbound and southbound lanes completely uninhibited the entire time.”

Steen estimated about 15 minutes passed from the time he heard gunshots to the time police took Rightsell into custody.

Steen said he was unsure how long after Rightsell was taken into custody that he was taken to the hospital.

“He just laid out and bled there and died,” Steen said. “I do feel extremely bad for the family. Because, I think regardless of how the incident went down, the guy was savable.”

Friends of Rightsell said they will have a candlelight vigil for him at 5 p.m. Sunday at the Montgomery County Courthouse in downtown Crawfordsville.

The state police’s news release said any additional information on the fatal shooting will come from Montgomery County Prosecutor Joseph Buser, who would decide if any criminal charges will be filed.