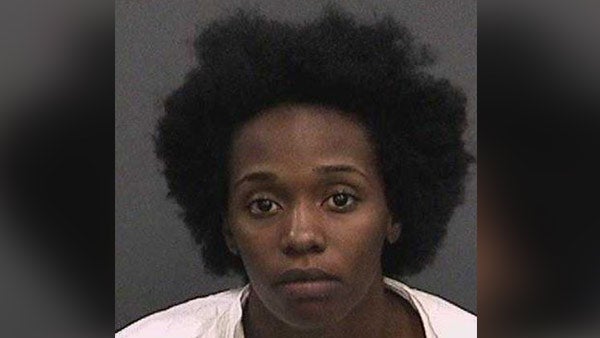 TAMPA, Fla. (WFLA) – Witnesses provided a disturbing description of the drowning of a 4-year-old girl allegedly at the hands of her mother, according to documents obtained Friday morning by WISH-TV’s sister station WFLA.

Witnesses told police Shakayla Denson stole a car from a car lot, forced her daughter into the back seat, drove to the Hillsborough River then dragged the screaming girl into the water and released her.

Shakayla Denson, 26, is charged with first degree murder in connection with the death of her daughter, Je’Hyrah Daniels, 4.

An arrest affidavit obtained by WFLA details the disturbing chain of events that led to the child’s death. Please note that the following details from the affidavit could be upsetting to some people.

The witnesses said Denson forced her daughter into the back seat of the Nissan.

One of the witnesses tried to stop Denson from leaving with the car, but was hit by the Nissan as Denson drove away.

At 4 p.m., witnesses reported seeing Denson near the intersection of Aileen Street West and Rome Avenue North, which is near the Hillsborough River.

A witness saw Denson forcefully pull the child from the car. Then, multiple witnesses saw the tragedy unfold.

Denson then allegedly grabbed her daughter with both arms and pulled her tight against her chest as she walked deeper into the river. The water was near the top of Denson’s shoulder when witnesses saw her let go of the girl and the child began to float away.

Denson then walked back to shore and walked away.

A K9 officer tracked Denson to the 2300 block of Oregon Avenue. She remained there until she was identified by witnesses.

Je’Hyrah Daniels was found unresponsive in the river and was declared dead at 4:49 p.m. Doctors at St. Joseph’s Hospital said a preliminary cause of death for Daniels was drowning.