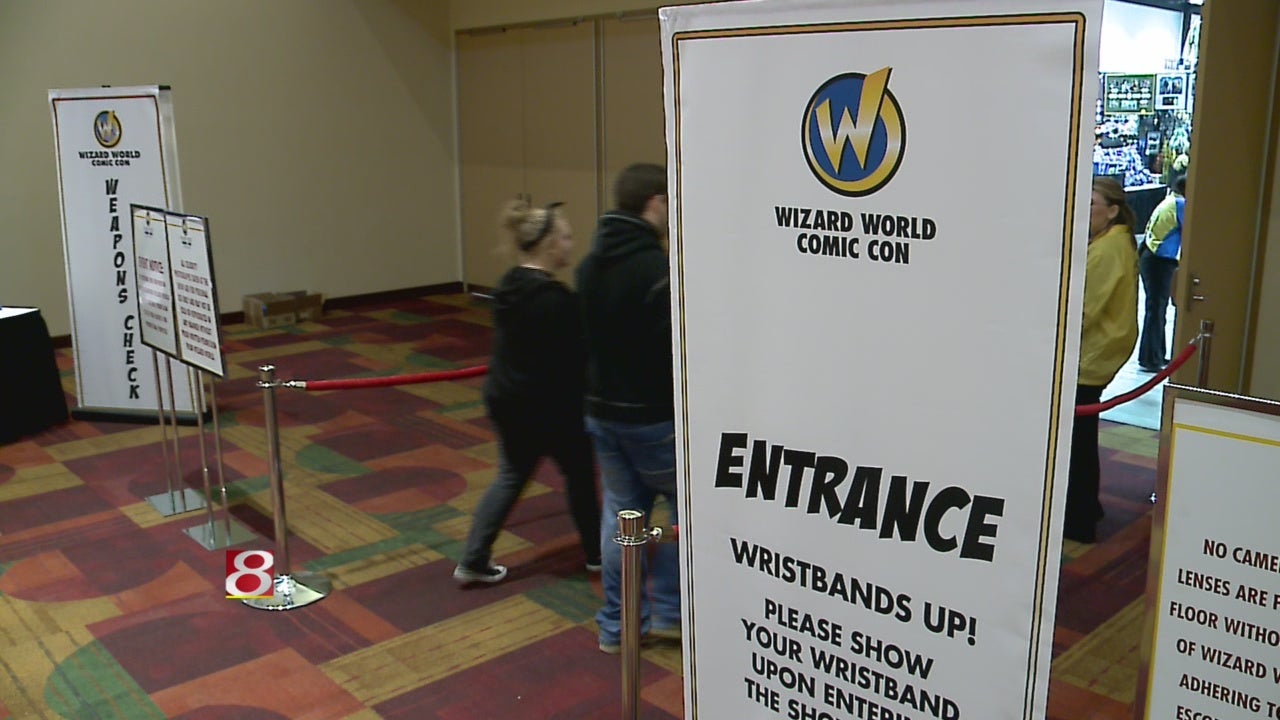 Wizard World Comic Con is the latest pop convention to make a stop downtown, and an estimated 5,000 people expected to join in the weekend fun.

That’s small potatoes when you compare it GenCon which is expected to draw 56,000 people this summer.

But people at Wizard World said landing another pop convention proves that not only is the industry growing, but that Indy is the right spot for it to happen.

Another con, another chance for local artist Lee Cherolis to showcase his work.

And many of them, just like Wizard World Comic Con, were right in his backyard.

Fans of all ages filled the convention center. Some were looking for a hard to find comic, others were dressed like the characters in them.

“This is definitely a city that in our research that we know that there’s a fandom that’s here for our kinds of, our kind of show,” said

And Wizard World is just the beginning of what’s to come for 2015.

“We move into march with Indiana Comic Con, Pop Con will be in June, and then Pokemon comes back in July, GenCon the staple in August, and we’ll wrap up the year in November with Awesomecon,” Chris Gahl, Visit Indy’s vice president of marketing, told 24-Hour News 8.

“All told, the city will benefit more than $70 million in economic impact,” said Gahl.

That includes $1.7 million in revenue from Wizard World, plus another $2.2 million, $3.1 million and $2 million for Pop Con, Indiana Comic Con and Pokemon Con, respectively. Then there’s the granddaddy of the all — GenCon — which Visit Indy officials estimate will bring in $56 million.

Gahl said the convention center, a “walkable” downtown and the ever growing popularity of GenCon are helping lure in more and more pop conventions each year.

“But the nice thing is that each convention has different guests, so there’s motivation for you to go to each one of them,” said fan Jasmine Dickens.

The industry boom is creating options for fandom that aren’t showing any signs of slowing down in Indy.

“It shows that we’re well cultured, we do have many different hobbies, you know there’s gaming, there’s cosplay, comics, movies, so I mean we’re well ventured in hobbies,” added Travis Dickens.

You can still get day passes for Wizard World Comic Con.