Woman airlifted to hospital after vehicle veers into Wabash River 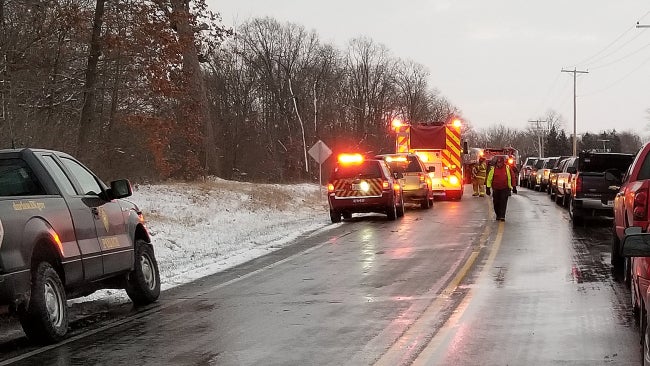 BLUFFTON, Ind. (WANE) — A woman was airlifted from the banks of the Wabash River Tuesday afternoon after her vehicle veered off a Wells County roadway and sped into the water.

Just before 4 p.m. Tuesday, emergency responders were called to an address at 6595 S.R. 116, along the Wabash River on the southern tip of the Ouabache State Park.

Officials at the scene said a woman was driving along the roadway when her car left the road for an unknown reason and drove head-on into the river. A witness told authorities the vehicle then flipped in the water and became completely submerged.

A witness saw the incident and called 911, officials said.

Crews arrived and were able to pull the vehicle – the woman still inside – from the river. Officials said the vehicle was in the water for nearly an hour.

The woman was revived by medics on land. She was airlifted from the scene. Her condition was not known.

It’s not clear why the woman’s vehicle left the roadway. Conditions were snowy at the time.