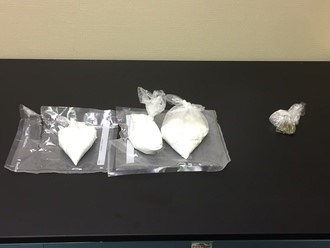 Authorities said a K-9 officer found the drugs during a routine traffic stop around 9:30 a.m. on U.S. 41.

A trooper pulled over a Chevy Cobalt for speeding and found the driver, 25-year-old Camille Rouse of Chicago, had a suspended license and no insurance.

When the trooper took his K-9 out to inspect the vehicle, the dog indicated there were drugs in the trunk. State police say about 500 grams of cocaine were found inside the car.

Rouse was arrested and taken to the Benton County Jail. She faces preliminary drug possession charges.