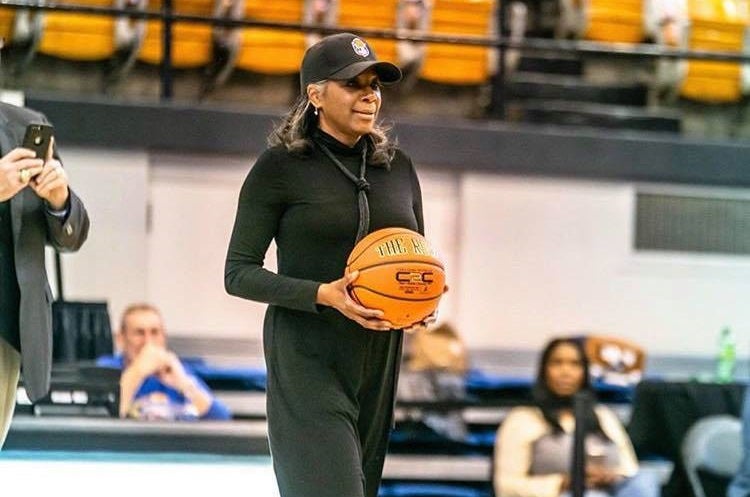 INDIANAPOLIS (WISH) — A Kansas woman turned Hoosier is now the first woman in the country to run a professional men’s basketball league. With faith and the help of her husband, Evelyn Magley is ready for the second season of The Basketball League.

Evelyn works besides her husband, David Magley. He is a former NBA player and the 1978 Indiana Mr. Basketball. The season runs from February through April. They refer to it as a showcase league.

Players are paid any where from $1,500 to $7,500 a month for the season. It’s a league focused on creating well-rounded young men on and off the court.

More than one hundred men showed up for the leagues second combine over the weekend.

The league consists 12 teams. Most of the head coaches were there and some even ran drills.

“We are really involved in their lives as far as in trying to help them become all they can be and not just a basketball player, they’re really a person,” owner Evelyn Magley said.

They had to sign a minimum of 24 contracts. From there, those players will head to a training camp and have a chance at making a spot on one of the 12 rosters.

“This is something that is needed for the young men,” Magley said. “Their hopes and dreams, they need to have a platform to be able to do that from. I feel we’re providing that for them and we care about them as people.”

Magley says the goal is to focus on giving back to the community. Players are involved in local districts and volunteer with Habitat for Humanity and The Boys and Girls Club.

Plus, all players are required to attend life-skills classes.

“Even learning the financial literacy can change a families life,” Magley said.

The league is centered around a 40-year marriage.

“Both of us believe in God,” Magley said. “We see it as a triangle. God is at the top and we’re on the sides. When we keep our minds and hearts focused on him and treating people with respect and treating each other that way, the closer we get to each other.”

“The bible says two shall become one, and man, we are one,” David Magley said.

They’re a couple that brings moral values to a game they both love.

“I think our ultimate impact is going to be felt for years to come,” the former Cleveland Cavaliers player said.

Last year, 50 players were picked up during the season. Coaches across the country can watch every game on a live stream.

There’s a new team in Indianapolis called Indy Express. Their season starts Jan. 30. It’s not known yet where those games will be played.