Woman calls police for burglar; turns out to be deer 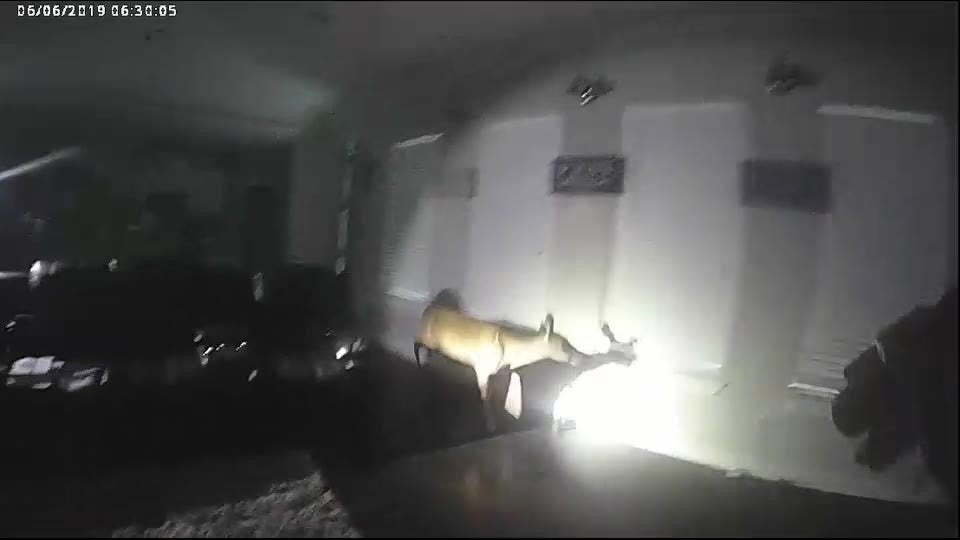 LUFKIN, Texas (KETK) – At 6:11 a.m. Thursday, Lufkin police received a call from a homeowner saying she heard glass shatter and the sounds of strange footsteps inside her home.

The woman locked herself inside a closet and hid from the intruder as police responded.

The officer then heard a noise coming from inside the house.

“Not knowing how many people are in there I didn’t go in, I went around to make sure he didn’t go out the back door or window,” Ibarra said.

Unsure of the situation, Ibarra waited for backup.

Help soon arrived and body cams captured everything as the officers entered the home. To their surprise, the “burglar” was a frightened doe.

A big relief for the officers who feared they would possibly find someone under the influence of PCP or other substances.

“Once we collected our thoughts and knew it wasn’t a suspect, we went to laughing about it, trying to get the deer out,” Ibarra said.

The officers grabbed some nearby stools and tried to corral the doe, which proved to be a challenging task.

“The deer was just climbing walls trying to get out,” Ibarra said. “There were several times we almost went out the back door and the door shut and so it ran back inside. It was just chaos.”

The doe eventually ran out the front door, leaving behind a mess and a weird story for Ibarra to remember.

“In 21 years, I think this right here tops it because I’ve never seen or dealt with a deer inside a residence before,” he said.

Thankfully no one was hurt in the incident. The deer is still on the loose.

Ibarra joked, “The deer is still loose. We’re trying to get a warrant out to get her back. If anybody has information or sees it, call the Lufkin PD because it is a danger.”