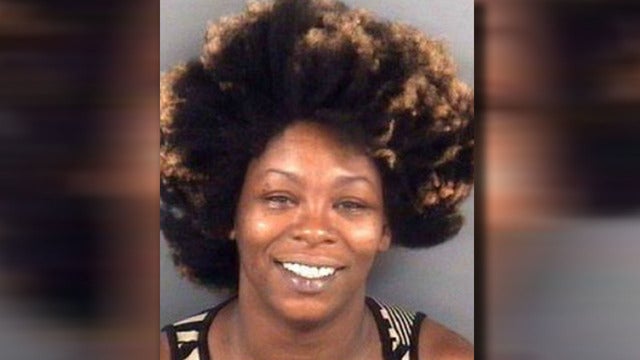 FAYETTEVILLE, N.C. (AP) – A North Carolina woman has been arrested and is accused of trying to poison her two sons with cream soda laced with lighter fluid.

The Fayetteville Observer reports 34-year-old Octavia Latosh Robinson of Fayetteville has been charged with two counts each of distributing food containing noxious or deleterious material and misdemeanor child abuse.

At a court appearance Tuesday, Robinson asked a judge to terminate her parental rights. The newspaper reports she later began yelling and cursing during the hearing in the Cumberland County jail.

Judge Beth Keever said it was too soon to decide on parental rights and asked that the public defender’s office represent the woman. Keever also ordered a psychiatric evaluation.

She’s accused of giving the poisoned soda to her 6-year-old and 10-year-old sons Sunday. One of the boys tasted it and they went to a neighbor, who called police. The boys were released from a hospital.

WNCN reports Robinson’s neighbor called  911 after one of the children alerted her that his mother gave him a drink that smelled strange.

“As soon as you popped it, it hit your face, it was hurting your stomach,”  Madison tells WNCN.