Woman claims she woke up alone on parked, empty plane 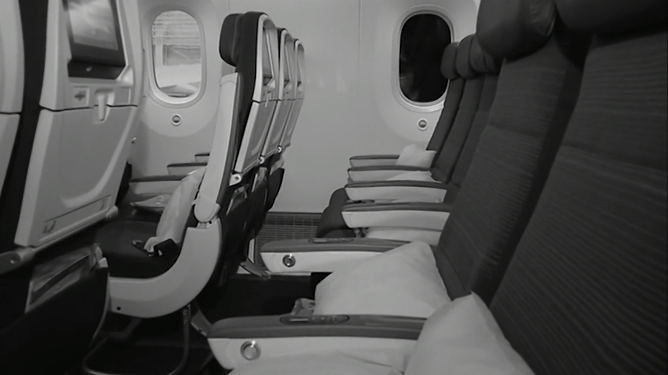 SAN FRANCISCO (KRON) – Air Canada is investigating the claim of a woman who says she woke up hours after her flight landed, in an empty and dark plane.

Tiffani Adams was returning home to Toronto from Quebec and said she fell asleep “probably less than halfway” through the one-and-a-half hour flight, before waking up “around midnight (few hours after flight landed) freezing cold, still strapped in my seat in complete darkness (I’m talking pitch black).”

“As someone with an anxiety disorder as is, I can tell you how terrifying this was… I haven’t gotten much sleep since the reoccurring night terrors and waking up anxious and afraid I’m alone locked up someplace dark,” she added.

Adams said she tried to FaceTime her friend, but her phone died soon after, and she was unable to charge the phone during repeated attempts through USB ports.

She said eventually she was able to find a flashlight in the cockpit and unlock the main cabin door; it was at this time she was able to flag down an airport employee, who reportedly set up a ladder to help her down from “40-50”-foot drop.

A passenger rights advocate said this is a rare occurrence but raises serious safety concerns.

“If this had happened to someone else who may have different intentions, injury could have resulted. The passenger had access to the cockpit and could have hypothetically turned on the aircraft. That would not have been a good thing to happen, to say the very least,” said Gabor Lukacs, founder of Air Passenger Rights.