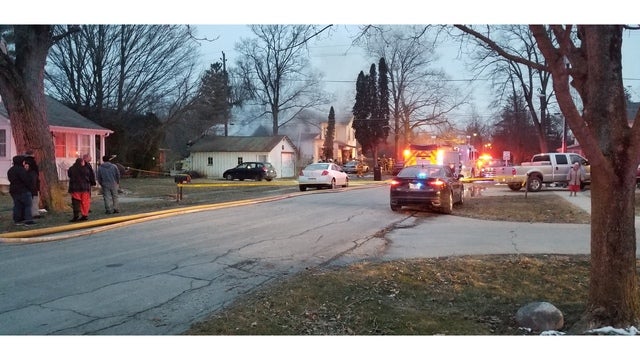 ST. JOE, Ind. (WANE) – One woman is dead and two firefighters were hospitalized after a house fire Thursday in this town of about 460 in northeast Indiana.

Multiple departments were called about 5 p.m. to the 200 block of Widney Street.

According to the DeKalb County sheriff, two people were home at the time. One person escaped, but a woman was later found dead.

Two firefighters were injured and taken to the hospital. One sufferd minor injuries, the other suffered more severe injuries and was taken to a hospital in Indianapolis.

Fire officials said they got the fire under control after just over an hour.

A township trustee and community members pitched in to give the firefighters pizza and bottled water after being on the scene for more than two hours.