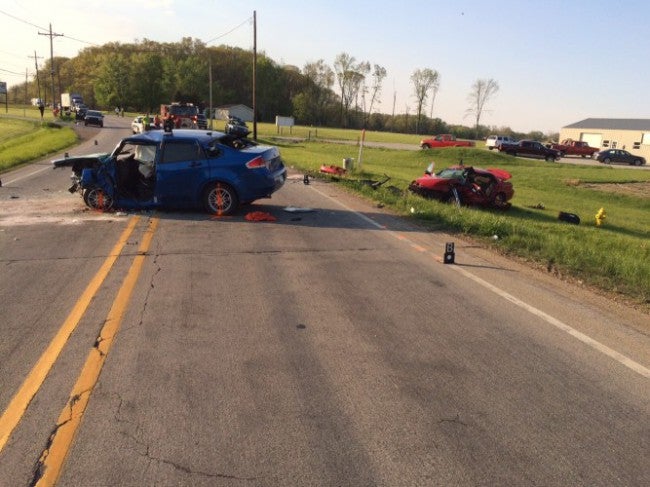 It happened on State Road 7, just north of County Road 500 North. Officials with the Jennings County Sheriff’s Department say a 2010 Ford Focus was heading southbound on SR 7, went left of the center and into the northbound lane, colliding with a Pontiac Grand Am head on.

Officials say the 56-year-old female driver in the Ford was taken by medical helicopter to an Indianapolis hospital, 24-Hour News 8’s partners at The Republic report. Sixty-one-year-old Lou Ann Griffin, who was in the Pontiac, died at the scene.