Woman falls out of moving SUV at busy Florida intersection 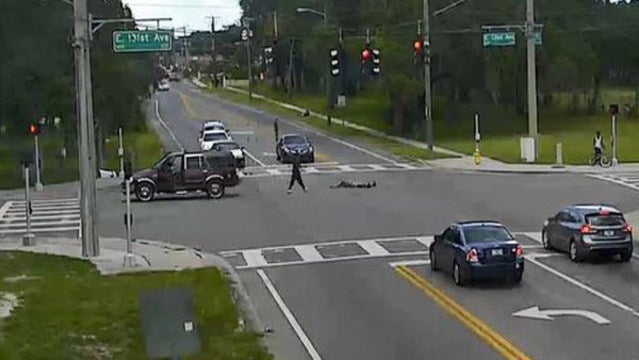 TAMPA, Fla. (WFLA) – The Hillsborough County Sheriff’s Office is asking for help identifying a woman who fell out of a moving vehicle at a busy intersection. Surveillance cameras recorded the driver of the SUV stop, scoop her up and put her in the SUV, then drive away.

This all took place at 4:12 p.m. on Monday in the middle of the intersection at East 131st Avenue and North 15th Street. That’s just west of the University of South Florida and east of Interstate-275.

If you watch the video closely, you’ll see cars drive by and pedestrians out and about. Suddenly, a maroon SUV drives through the intersection and it appears a woman falls out of the vehicle.

The woman appears to be injured and unconscious. Then, the driver stops, walks back to her, picks her up and carries her back into the SUV. You can see there are plenty of other vehicles around and even one person walking nearby and another person is on a bicycle.

According to deputies, it appears to be a maroon Ford expedition. Right now, this is an open investigation and deputies are concerned with the woman’s well-being. If you know anything about this, call the Hillsborough County Sheriff’s Office at (813) 247-8200.