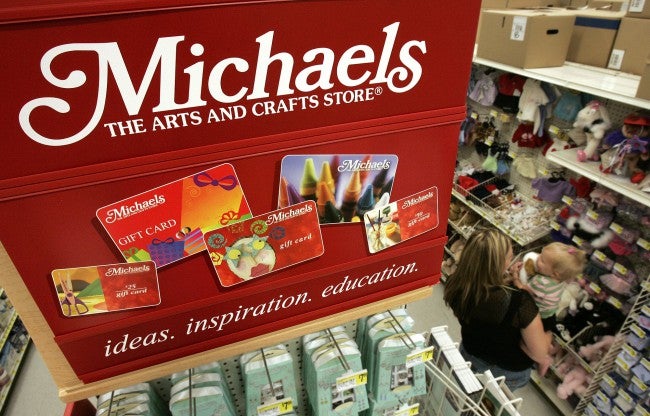 INDIANAPOLIS (WISH) – A woman who photographed a racial slur on display at a Michaels crafts store has hired a lawyer.

Attorney Nick Baker declined to comment on whether any legal action will be taken. Baker said his client, Bridgette Drake, reached out to him as her post on the Michaels Facebook page went viral.

Drake posted a photograph and complaint Sunday after she said she spotted a row of craft letters at the East Washington Street store arranged to spell a racial slur.

Now, Baker has some questions for Michaels.

“Do they have any footage, cameras that will show who did this or whether or not Michaels truly was involved?” Baker said.

Drake said in her post that she saw the display, told an employee, and the employee laughed at the display. According to the post, Drake was shopping with her 12-year-old biracial daughter.

“My client doesn’t find it to be a laughing matter and wanted to let the public know what was going on at Michaels,” said Baker.

A statement released Wednesday from Michaels said, in part, whoever arranged the craft letter was not a Michaels associate. A spokesperson said the employee’s response was inappropriate and the company took disciplinary action.

“What are their standards? Do they have sensitivity training? Are they doing anything to make sure this doesn’t happen again in the future?”

Baker said his client deserves a personal apology from Michaels. He declined to comment on whether he feels anything illegal happened at the Michaels.

The company is repeatedly telling people on its Facebook page that they do not tolerate discrimination.

When asked by 24-Hour News 8, a Michaels spokesperson did not immediately provide details on what disciplinary action was taken against the employee for his or her response.