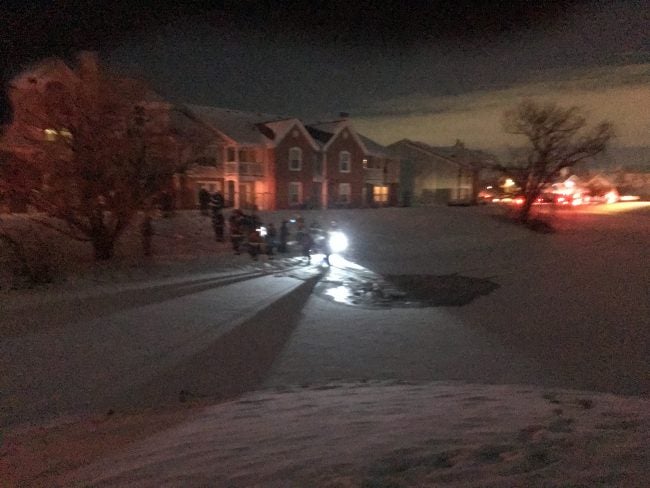 INDIANAPOLIS (WISH) — A woman is in critical condition after her car broke through the ice of a south side retention pond.

Crews were dispatched to the Sundance Apartments, near Emerson Avenue and Southport Road, just before 8:30 p.m. Saturday on a report of a vehicle into a pond.

The woman driving the car – the only occupant –  turned left instead of right and continued to drive 150 feet across a retention pond near the apartments, Rita Reith with IFD said.

The driver called police, and her call dropped as the vehicle went into the water, Reith said.

Two IFD divers went in and brought the woman out of the water; she was taken to Sidney & Lois Eskenazi Hospital for treatment.