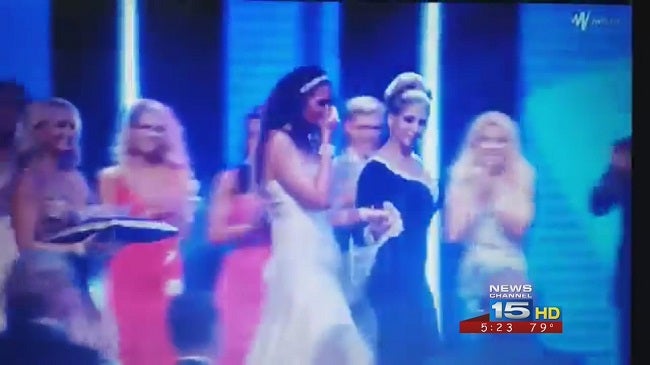 FORT WAYNE, Ind. (WANE) — A local woman who was considered obese only two and a half years ago, now holds a title in one of the world’s biggest bodybuilding competitions.

Shortly after Chavez had her second son, she decided it was time to lose the weight.

“I couldn’t really leave my house because I was terrified of what people would think of me. I hid my weight gain from people I hadn’t seen,” said Chavez.

She posted a message on Facebook about weight loss and David Hernandez, owner and trainer at Sud’n Impact Gym, who didn’t know Chavez personally at the time, contacted her.

After they met, neither looked back.

“He brought me into the gym and showed me what to do pretty much,” said Chavez.

Chavez was the first person in Sud’n Impact Gym’s transformation program. Hernandez got the idea from a show.

“I was thinking man, that’d be really cool to do here in Fort Wayne take one person for a whole year get them to lose weight. How great would that be?” said Hernandez.

Two and a half years later, Chavez not only lost the weight, but she went to nationals in Chicago and won.

“I had already stepped outside my comfort zone so much that I wanted to see how far I could get,” said Chavez.

Last week, she became the transformation division world title holder for World Beauty Fitness and Fashion or WBFF, in Las Vegas. She competed against 40 others, from 20 different countries.

“I started shaking and crying and I just, it’s amazing to me that to know that the work that I  have done, could have gotten where it got me,” said Chavez.

“To see somebody’s life change so much in such a positive way is the biggest rewarding thing to me. I won’t make much money off of this, it’s all about giving to me, and that, to me, is payment enough,” said Hernandez.

Chavez said the key is not stopping.

“There’s going to be times, where you want to give up but you have to keep going because it’s all so worth it in the end,” said Chavez.