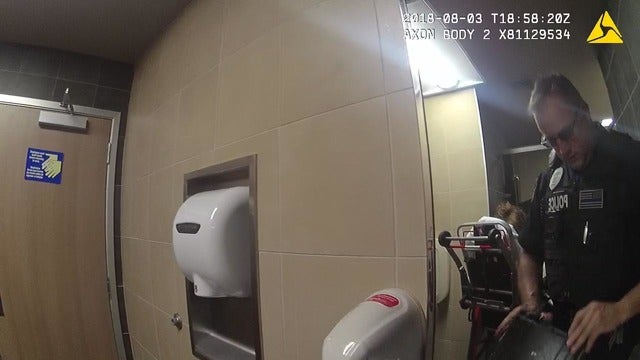 CHILLICOTHE, OH (WCMH) — Police say a woman suffered an apparent overdose, and gave birth, in the bathroom of a Chillicothe Burger King.

It happened August 3 at the Burger King at 20 Centennial Blvd.

According to a police report, police were initially called about a man passed out in a vehicle in the parking lot. While they were dealing with that man, a customer said there was a woman in the bathroom who was getting sick.

The Burger King manager went to the bathroom to check on the woman. She told police the woman was incoherent when she tried to talk to her.

Officers and medics then went into the bathroom and found the woman in the large stall with a ball of heroin on the floor next to her. The woman said she had just had a miscarriage.

When a medic looked between her legs, he found a newborn infant lying face up. When the medic examined the child, he found it was still breathing.

Both the child and mother were taken to area hospitals for treatment.

She told officers she didn’t realize the had the baby until she woke up in the hospital, according to the police report.

She was arrested on an outstanding warrant upon her release from the hospital.

A few days later, during an interview from the jail, the woman told police that the baby was doing well, but was showing some withdrawal symptoms.