Woman poses as California deputy, busts boyfriend out of jail 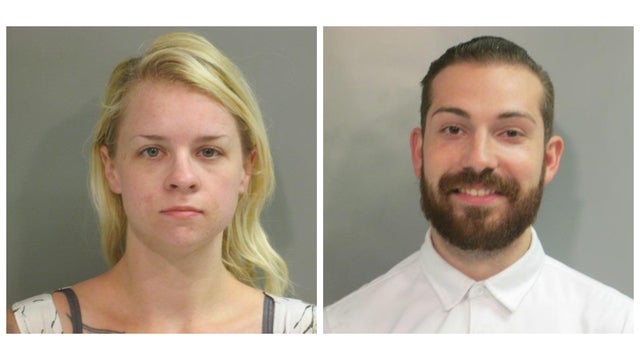 FAYETTEVILLE, Ark. (KNWA) — A Fayetteville woman is behind bars for helping her boyfriend escape from jail by posing as a deputy.

Maxine Feldstein, 30, forged documents from the Ventura County Sheriff’s Office in California to prevent her boyfriend from extradition back to California to face charges there, according to court documents.

Nicholas Lowe, 23, was being held at the Washington County Detention Center since July 14 on a hold for Ventura County on a local charge of false impersonation.

Feldstein is accused of calling the Washington County Detention Center and posing as a sheriff’s deputy from Ventura County, then submitting phony paperwork to release the hold on Lowe, citing the reason for release as overcrowding.

A Washington County sergeant received the paperwork via email and Lowe was released shortly thereafter.

The plan worked until a real deputy with Ventura County called the jail and said he was two hours away from the Detention Center to pick up Lowe.

That’s when the local jail staff figured out what had happened.

Feldstein and Lowe were both captured and booked into the Detention Center on August 17.

Lowe faces a new escape charge in addition to the charge in California.