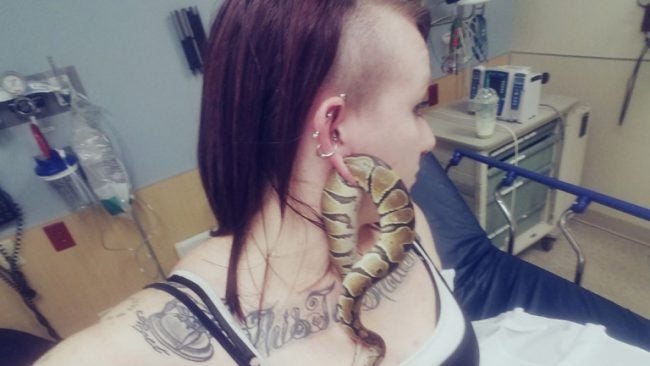 PORTLAND, Ore. (WCMH) – Most people don’t expect their pets to send them to the emergency room, but that’s exactly what happened to one Oregon woman.

Ashley Glawe, of Portland, Oregon, took to social media and posted a photo from the emergency room after her pet snake decided that her gauged earlobe would be a nice place to hang out.

Glawe said she was holding her snake Bart when he caught sight of the hole in her earlobe. She said Bart went through the hole so quickly that she didn’t have time to stop him. Then, he got stuck.

Luckily, Glawe and Bart are both fine after doctors made a small cut in her ear and wiggled Bart free with the help of some Vaseline.