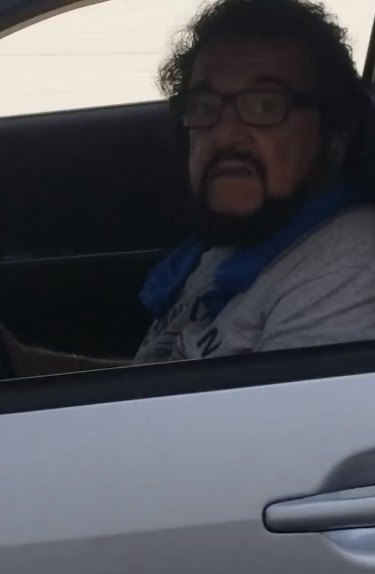 NEW LONDON. Conn. (WTNH) — Cell phone video of a registered sex offender allegedly trying to lure a young woman into his car on Wednesday in New London is going viral. It’s been viewed more than 50,000 times on Facebook.

It shows Angell Whittington angrily confront John Dinoto on Blackhall Street. The video also appears to show the man asking Whittington if she needs a ride.

“I”m not really scared for myself,” Whittington said in an exclusive interview.

“I’m not going to get in the car.  I know better, but for somebody who’s younger, maybe a teenager, maybe a 16-year-old girl; I just don’t want any other younger people getting fooled by that, or getting tricked into getting into his car because clearly his intentions are bad because he has a history,” she explained.

We checked his criminal history and found Dinoto served nearly 20 years of a 45-year sentence for multiple counts of child sexual assault in a case from the 1990’s. He got out in 2009 but was locked up again in 2013 for allegedly trying to lure another teen girl.

We tracked down the house where Dinoto lives. In fact, his relatives told us he was hunkered down inside since the video spread. We also discovered he lives right next door to a school. His brother an nephew reluctantly identified themselves as family members out of disdain for his alleged actions.

“They should’ve never let him out of jail,” said Ron Dinoto, the offender’s brother. “When you get people like that, they don’t change.  I don’t give a damn what anybody says, them people don’t change,” he concluded.

“I saw the video, he should be dead,” said his nephew, Ron Dinoto Jr. “It should be street justice for what he did.”

New London police confirmed they’re investigating, but Whittington says no detectives have followed up since her original report. Messages left for the chief of police were not returned.