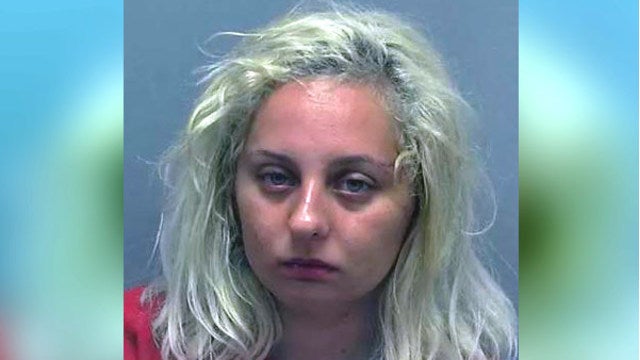 CAPE CORAL, Fla. (AP) – A Pennsylvania woman has been arrested for allegedly kicking, punching and ripping out the hair of staff at a Lee County hotel.

Cape Coral Police say 23-year-old Tara Hegarty became enraged when she couldn’t prove she was a guest at the Hampton Inn on Friday.

Authorities say she kicked the manager twice, then lit several cigarettes and tossed them on the floor.

As one of the employees tried to pick up the cigarettes, Hegarty grabbed her by her hair and dragged her around the room.

When another hotel employee tried to intervene, Hegarty allegedy punched and kicked her several times, including twice in the face.

Police said one of the hotel employees was missing large chunks of hair.

The News-Press reports Hegarty was taken to the hospital for treatment and booked on six charges including battery.