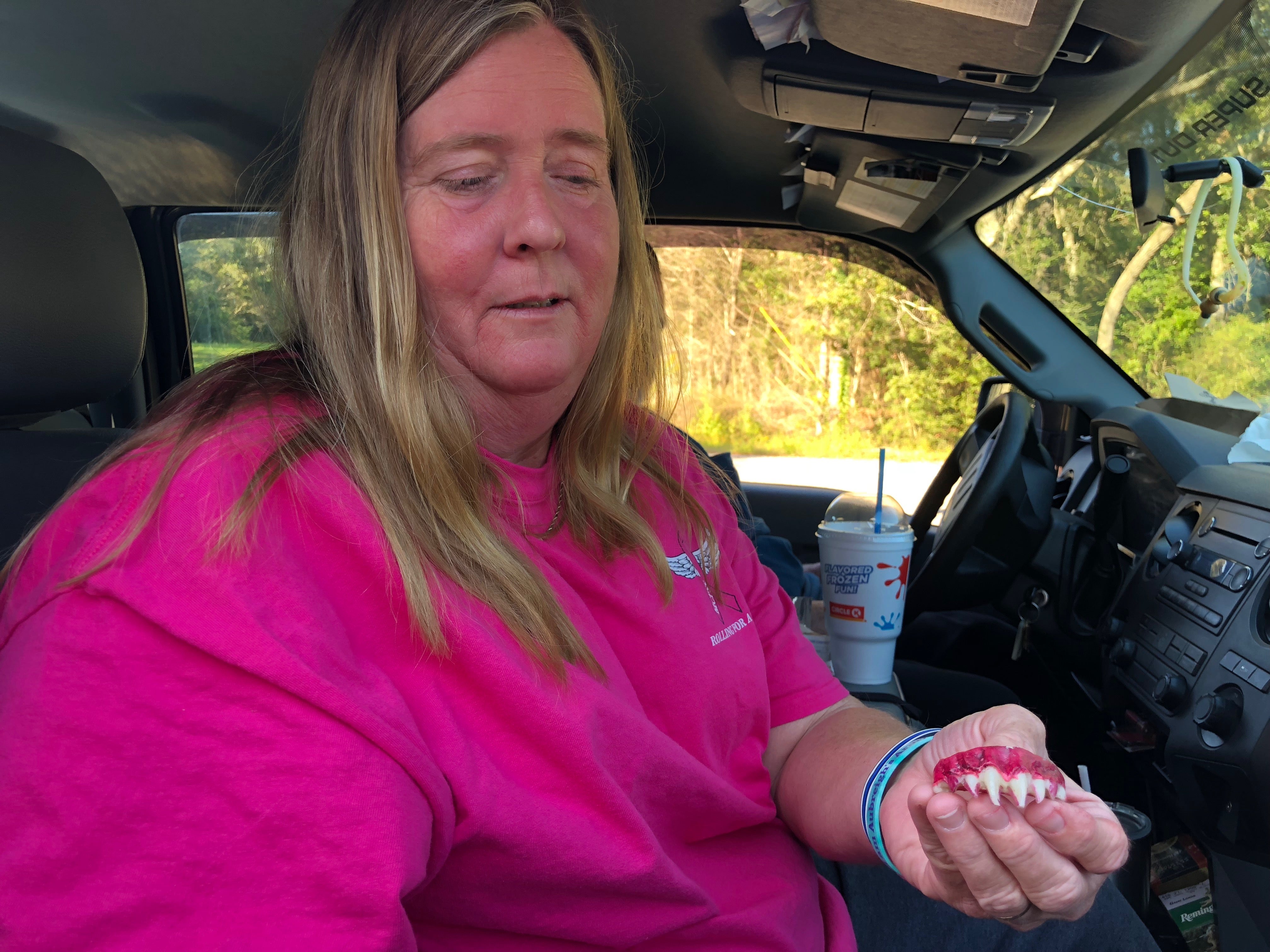 MOBILE, Ala. (WKRG) — A Mobile County woman’s Halloween fun turned into a medical emergency. Part of her costume took a frightening turn.

Anna Tew was ready to start creeping around in the dark this coming Halloween in her new zombie costume. But she’s the one who got the scare when she realized her fangs weren’t going anywhere.

It cost Anna Tew nearly $3 to finish her transformation into the undead. But the expense grew when her fake teeth wouldn’t come out.

“I was trying to remove them then because they were just tight,” Tew told WKRG.  Tew used the glue that came with the teeth, however, the adhesive wasn’t temporary.

Tew says, “It went on and on and I was trying to get them out, and after it was over with, I tried until it was like 2 o’clock this morning. They wouldn’t budge.” Tew continued, “I even took a pair of wire clippers and cut the tips off of those.” She says she was in excruciating pain but wasn’t sure whether to go to the emergency room. Eventually, she found an emergency dentist who could help.

“He talked about drilling. They had a saw, talked about taking [them] off in sections, and they couldn’t numb it because they were scared they would actually pull my teeth out,” said Tew. “So he went in and picked and pulled and I squealed like a baby and they got them out.”

Dr. John Murphy was able to rescue Tew’s teeth Saturday at his office at the Alabama Family Dental.

“Just the natural state of your teeth, and your gums can sometimes cause something to adhered and get stuck,” Dr. Murphy explains.

Tew says she learned a lesson and one she hopes to save others from. Tew says she will never use them again.