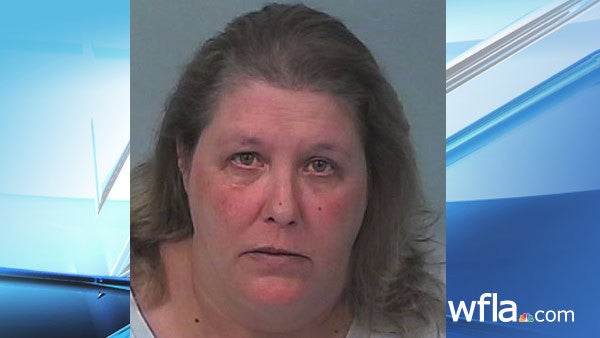 SPRING HILL, Fla. (WFLA) – Deputies say a Land O’ Lakes woman used reusable grocery bags to steal $199 worth of groceries from a Hernando Publix grocery store and then claimed she walked out of the store without paying because she had defected in her pants.

On Friday, Jan. 29, Publix workers saw Paula Jay Ernst, 51, selecting items and putting them in her shopping cart at the Public located at 14371 Spring Hill Drive.

She then allegedly took the groceries from her shopping cart and put them into reusable Publix shopping bags, which she had brought with her.

Hernando County Sheriff’s Office detectives say Ernst walked out of the store without paying for the groceries. The incident was recorded by surveillance cameras.

Publix employees wrote down Ernst’s license plate number. She was then contacted at her home by telephone and agreed to return to the store.

After she was arrested, Ernst told deputies she did not mean to steal the items and walked out of the store because she had defecated in her pants, according to an arrest affidavit.

Ernst was charged with shoplifting and booked into the Hernando County Jail.