Woman who murdered her 2 children sentenced to 120 years 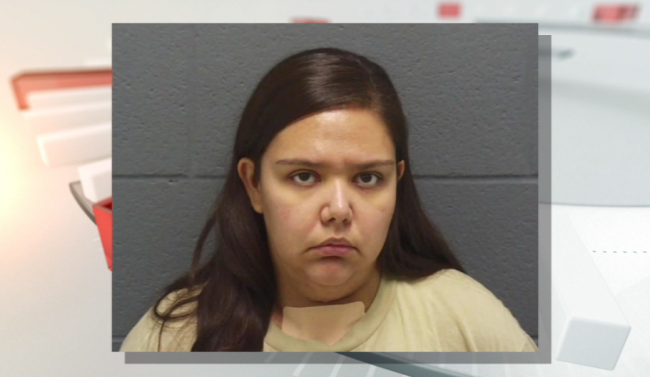 CRAWFORDSVILLE, Ind. (WISH/WLFI) – A central Indiana mother who pleaded guilty to murdering her two children in 2016 will go to prison for 120 years, according to her attorney Mark Inman.

Brandi Worley, 31, admitted to killing her 7-year-old son, Tyler, and 3-year-old daughter, Charlee, in November 2016, according to court documents.

She stabbed her children with a combat knife at their home in Darlington, about 40 miles northwest of Indianapolis, hours after her husband filed for divorce.

Worley gave no statement at the sentencing, WLFI-TV in Lafayette reported. Her lawyer told the court there was no explanation for what she did.

Worley can be heard making the chilling admission in a 911 call while her husband slept in the basement.

“I just stabbed myself and I killed my two children,” she calmly informed Kyle Proctor, the 911 dispatcher who took her call. “There’s blood everywhere.”

The “hardest part” was hearing the horrified screams of the children’s grandmother, Proctor told 24-Hour News 8 in a 2016 interview.

During Monday’s sentencing, more details were presented about what happened the night the children were killed. Jason said Brandi told him she was going to Walmart to buy supplies for her son’s school project.

The state said, instead of school supplies, Worley bought a sharp, combat knife at Walmart and hid the knife in her son’s room until her kids fell asleep.

Later, she woke up Tyler and Charlee for what she told them was a sleepover on the floor. After they were asleep, she got the knife, straddled Tyler and stabbed him four times. She then did the same thing to Charlee three times.

She tried to cut herself and strangle herself but was unsuccessful.

Worley initially had pleaded not guilty before accepting a plea deal in January, court documents show.